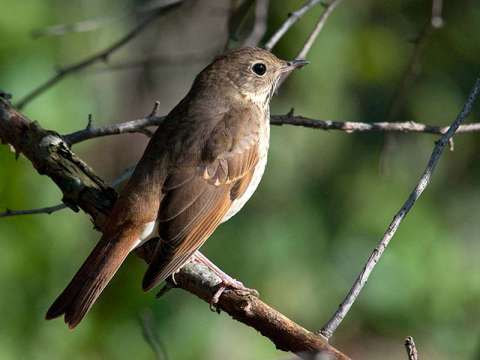 Description: The earliest and latest migrant of the brown thrush species can be seen with its characteristic tail bobbing almost anywhere at the Garden.