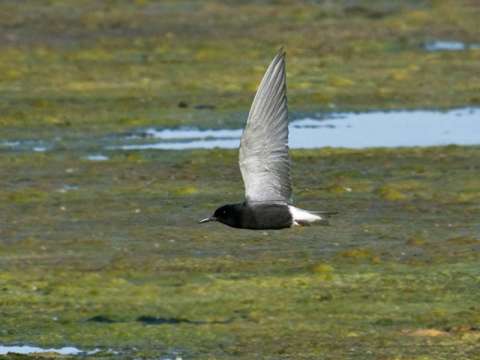 Description: This state-endangered tern species is associated with prairie wetlands and may be seen flying overhead.