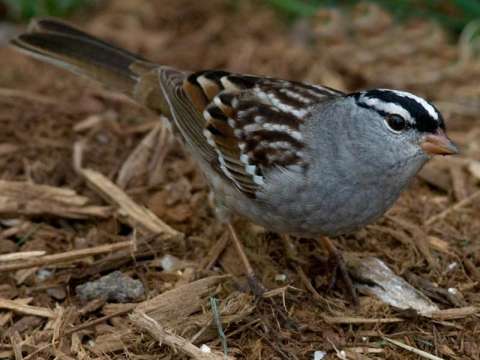 Description: A common migrant in many habitats at the Garden, this ground-feeding bird will often be found low in the shrubs or scratching in the soil for seeds.