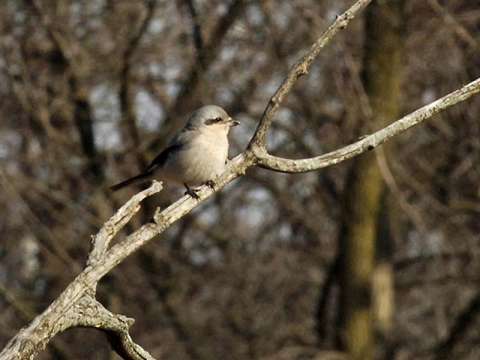 Description: When these predatory songbirds make a rare trip down from the north, they will most often be seen in the tip of an oak tree in the Dixon Prairie while looking for meadow voles in the snow.