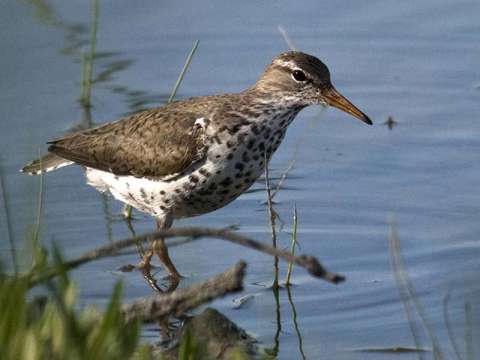 Description: This shorebird is commonly seen along the shoreline, flying low across the water, or nesting on Marsh Island in the Dixon Prairie.