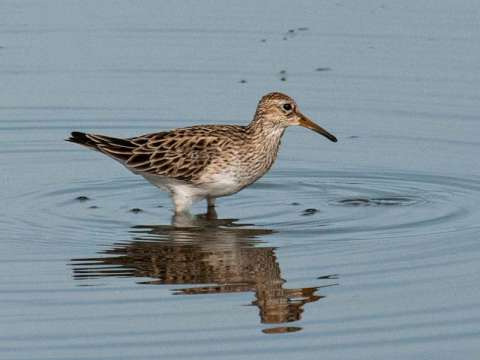 Description: This is an uncommon, medium-sized shorebird often visible on mudflats and exposed shorelines around the Dixon Prairie.