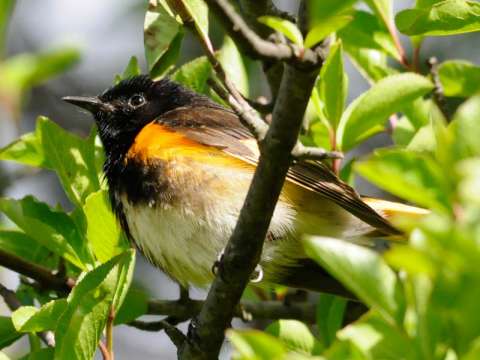 Description: Look for this common migrant warbler and possible breeder in any wooded habitat at the Garden.