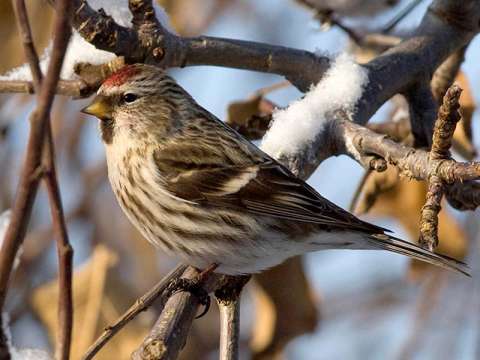 Description: About the size of a goldfinch, but appearing rounder, the common redpoll has a reddish cap on its head, a dark bib, yellow bill, and sometimes rosy pink on the breast. Redpolls are able to store seeds in their esophagus for later eating. In winter, look for small flocks of this little, vocal finch around alders and birches where they feed on the seeds, or at one of the bird feeders.