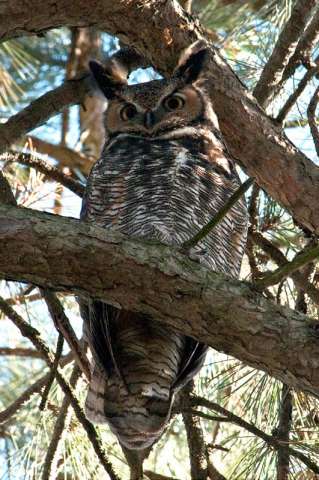 Description: This large owl is commonly seen at the Garden as it nests in old hawk nests in the McDonald Woods or other wooded areas.