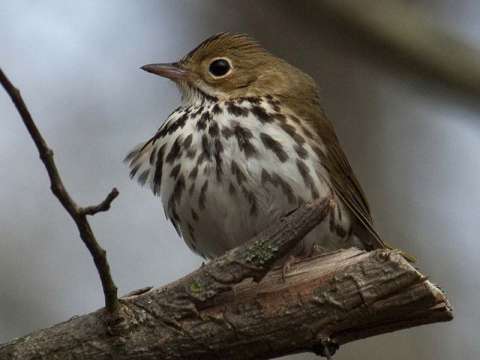 Description: Look for this common migrant and potential breeding species in any wooded habitat at the Garden. Like most ground nesting species, they are negatively affected by abundant deer populations and degradation of our woodlands.