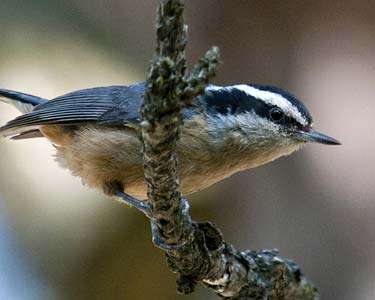 Description: The less common of two species of nuthatches seen at the Garden, it is usually seen in winter in wooded areas and at bird feeders.