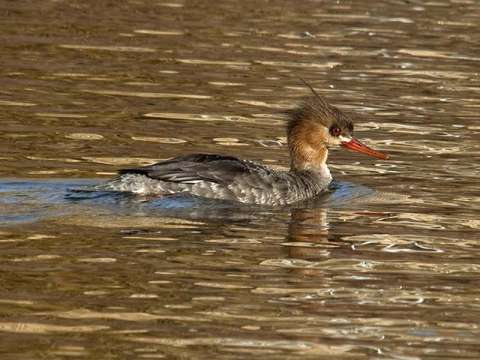 Description: Look for the shaggy-black head and narrow-toothed bill of this medium-sized duck as it dives on the lakes.