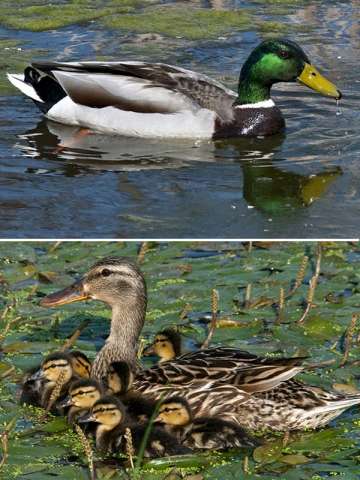 Description: Mallards are commonly seen on the lakes and throughout the Garden.