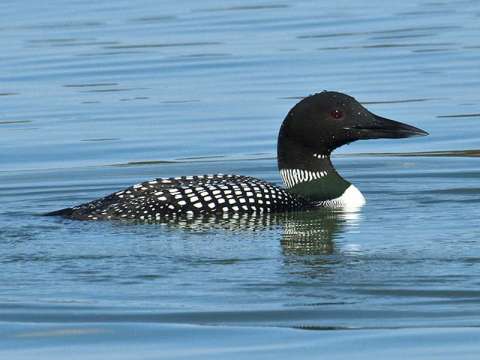 Description: The common loon may be seen flying over, or less frequently on, the larger bodies of water at the Garden.