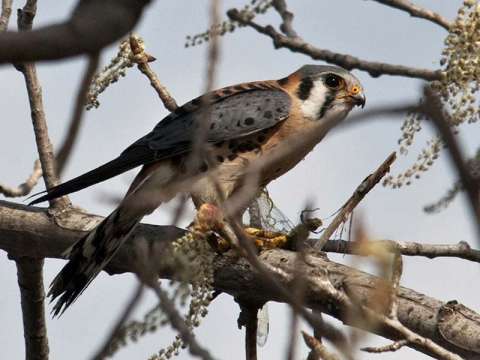 Description: This bird is visible flying over the Garden on migration, hovering over the Dixon Prairie, or less frequently perched in a tree.