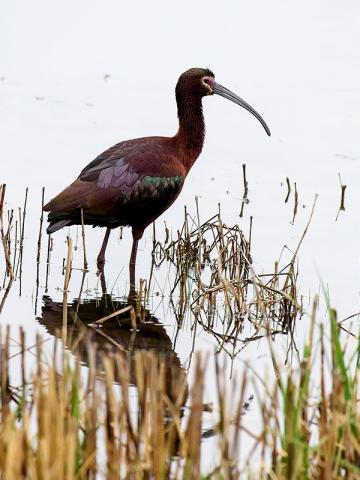 A large, maroon wading bird, the white-faced ibis has a long, curved bill. Its wings have a metallic green and bronze sheen, and adults have reddish legs.