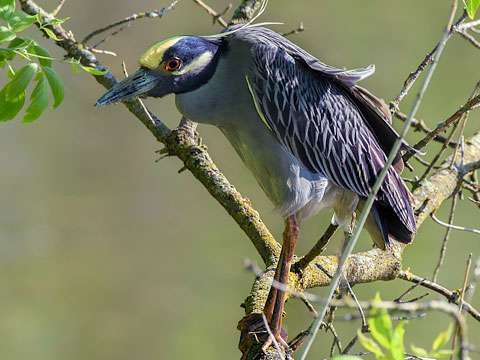 Description: This state-endangered species is rarely seen at the Garden. It is distinct in its adult plumage, but difficult to identify as a juvenile. Look for it flying over or sitting on logs in the water.