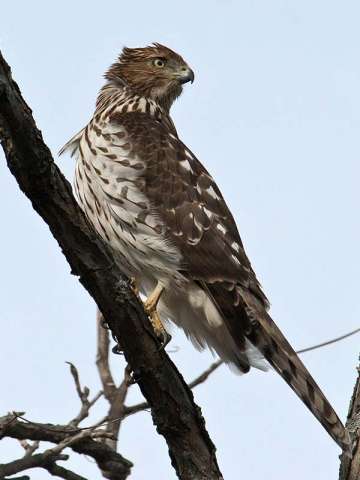 Description: Once threatened in Illinois, this now commonly seen raptor may be spotted anywhere in the Garden.

Note: This is an image of a juvenile bird and not an adult.