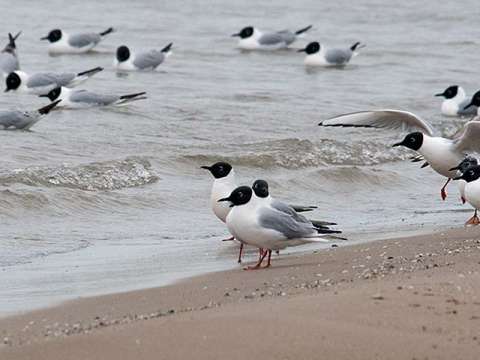 Description: This black-headed gull species is likely to be seen flying over the Garden in small flocks.