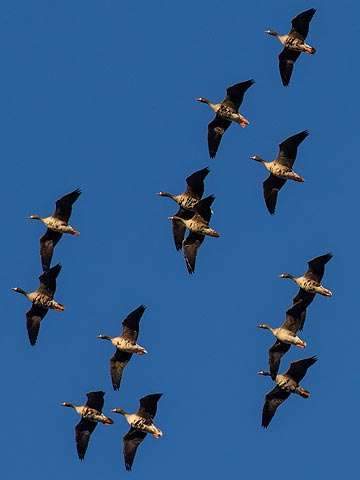 Description: This rare visitor to the lakes is a dark bird. Its pink bill has a white area at the base.