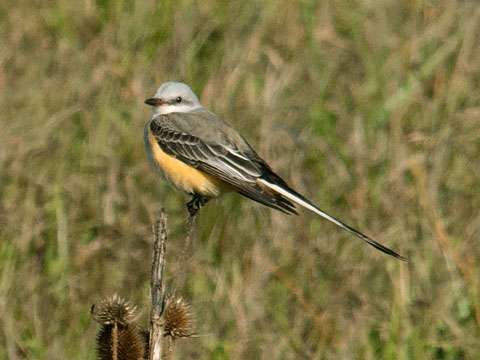 Description: These southwestern, long-tailed flycatchers occasionally wander as far north as the Garden.