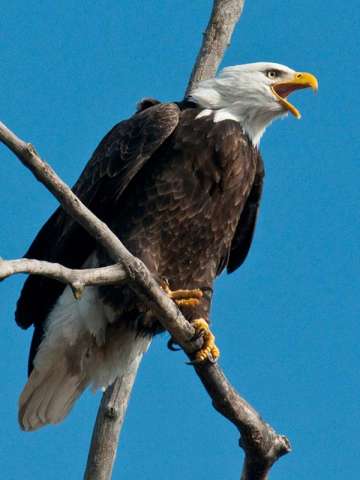 Description: This bird is rarely seen flying over the Garden on migration.  It was recently found nesting in Cook County, so summer observations are possible.