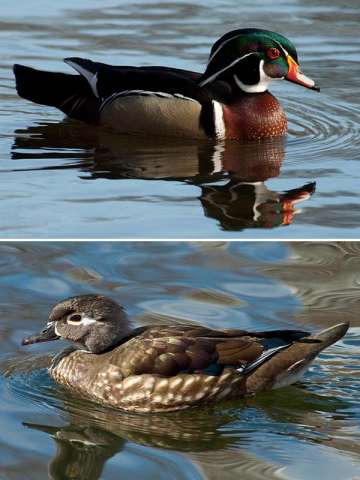 Description: A colorful duck, the wood duck is commonly visible in lakes with its tail end sticking up, perched in trees, or using nesting boxes in the Barbara Brown Nature Reserve.