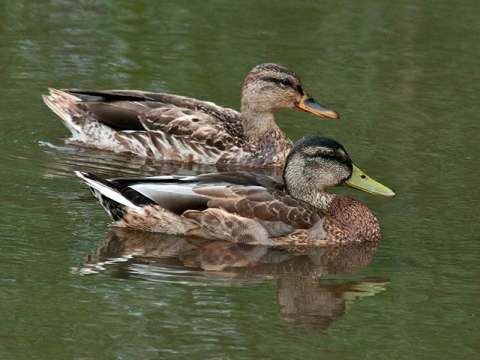 Description: A very rare, non-diving duck, it resembles a dark female mallard, and may be seen on Garden lakes or in the Skokie River.