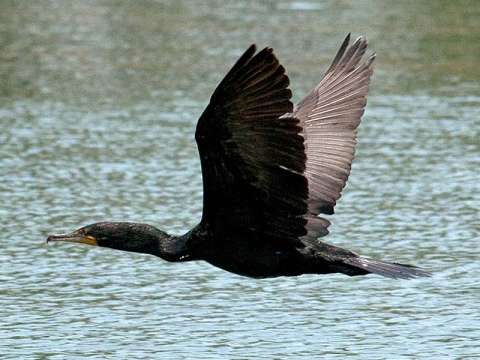 Description: This cormorant may be visible on the lakes and in the Barbara Brown Nature Reserve, standing on logs in the water with wings held out to dry.