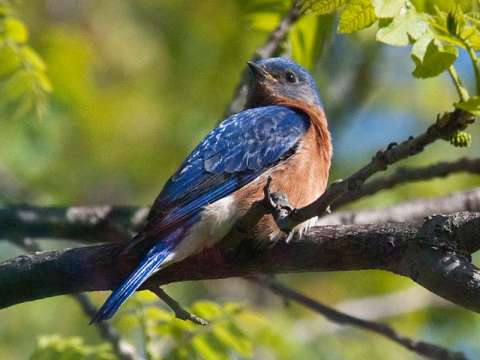 Description: Although this brilliantly colored bird nests regularly in the restored woodland, it is most often seen on migration early in spring and late in the fall.