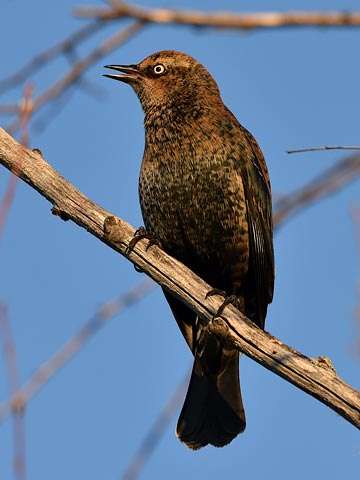 Description: A rare member of the blackbird family. If spotted at the Garden, it will likely be in the Dixon Prairie.