When Legumes Ruled the World 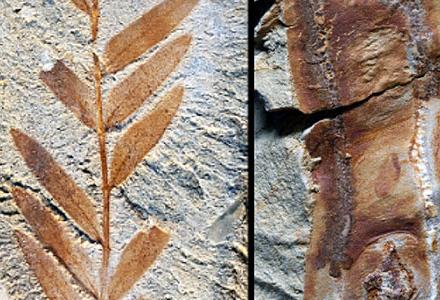 Paleobotanists Fabiany Herrera, Ph.D., and Patrick Herendeen, Ph.D., recently reported one of the earliest and most rich associations of legume fruits and leaves. Legumes, including plants such as beans, peanuts, chickpeas, and lentils, are among the most diverse flowering-plant groups today. Still, we know very little about their origin because of the scarce early fossil record, mainly from lowland tropics. The new fossils were collected from extensive coal and clay open-pit mines in Colombia and are about 58 to 60 million years old, from the Paleocene epoch. During this period, the world was under a greenhouse event and was also recovering from the extinction of dinosaurs.

The abundant fossil fruits and leaves from Colombia show that the legume group was the most diverse and abundant component of the earliest rainforests in northern South America 58 to 60 million years ago. These legume fossils grew in the earliest rainforest of South America together with such giant reptiles of this epoch including Titanoboa (the largest known snake) and Carbonemys (a giant, side-necked turtle).

This research was published in the peer-reviewed journal Australian Systematic Botany.