How Often Do Biocontrol Agents Get the Job Done?

Scientists at Chicago Botanic Garden evaluated 425 experiments that gauged the effectiveness of insects for controlling weeds. Introducing insects to control weeds has been helpful, but often the insect does not damage the target weed, and instead attacks beneficial plants. The paper, published in April in the journal BioScience with colleagues at East Carolina University and the iDiv Research Institute in Germany, showed that most studies were not appropriately designed to assess the impacts of biocontrol agents on population growth rates of targeted weeds.

Kayri Havens, Ph.D., who led the project, noted, “In our review of more than 425 peer-reviewed research papers, we found that fewer than 3 percent of the studies were both adequately designed to detect declines in the weeds and found a statistically measurable effect of the insect on the weed.” 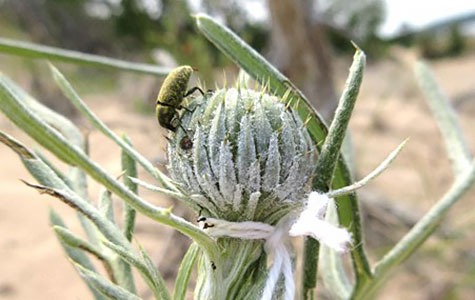