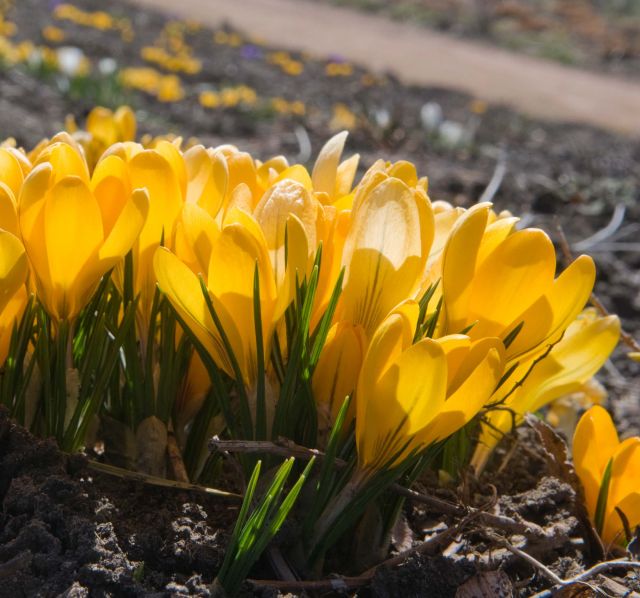 While tulips and daffodils are still pushing up green sprouts, many small bulbs are already joyously in bloom. They twinkle beside sidewalks, peek up from the leaf litter, and carpet the ground with much-needed color. Snowdrops are popular early-blooming favorites, but they are followed by crocus, scilla, chionodoxa, puschkinia, and grape hyacinths, many of which span the season from March to May.

Their basic requirements are just like a daffodil's: plant in fall, so they get a good winter's chill; sun; and fertile, well-drained soil. Some can tolerate more shade than most bulbs, partly because they tend to bloom earlier, before the trees leaf out. They need moisture to bloom, but they usually get it in a Chicago spring.

With their light texture, little bulbs can romp charmingly between masses of larger, showier bulbs, creating charming combinations such as the classic blue scilla (or, later, muscari) and yellow daffodils. They can also fill the space between just-sprouted perennials, covering the faded post-bloom foliage. Many are even relatively unpalatable to squirrels, and in the right spot, they will live for many years.

In the erratic midwestern climate, the biggest danger to all bulbs is a treacherous thaw in mid- or late winter that tricks them into blooming too early. Not every winter provides a steady, insulating snow cover, so it's wise to keep the soil temperature even with a layer of mulch. A moderate dose of balanced fertilizer after they bloom helps the plants with that flower formation. Since their leaves tend to be slender, grasslike,  and unobtrusive, most gardeners can stand to leave them alone after the bloom is done. That's a good thing, because any bulbous plant's leaves are the energy factory it depends on to make a flower for next year.

Extend the flowering season, and expand charm in your garden by adding these small but sturdy bulbs to your spring palette:

Snowdrops
Snowdrops often do push their white bells up through snow in late January or early February. By April, they have already done their job as the heralds of spring. The most popular species is Galanthus nivalis, including a double-flowered cultivar, 'Flore Pleno'. Snowdrops multiply by underground offsets into dense clumps of foliage that last long after the blooms. They do well at the base of deciduous shrubs, where they will be out of the way; they will bloom before the shrubs put out their leaves.

Winter Aconite
A herald of early spring, Eranthis hyemalis has yellow buttercup-like flowers on a low mound of rich green foliage. One of the earliest spring bloomers—and also among the smallest—Eranthis hyemalis only needs a few days of sun or thawing rains to warm the soil signaling dormant bulbs that it's time to start growing. The entire plant is actually quite poisonous, but its bitter taste helps deter curious nibblers.

Crocus
March welcomes the lavender flowers of Crocus tommasinianus (less tasty to squirrels than its larger cousins) and Crocus chrysanthus, which blooms butter-yellow, pale blue, or white. April welcomes the big show of large-flowered Crocus vernus and Crocus flavus, in tones of purple, white, and gold. These delicate little treats don't make much of an impact one by one. Like most of the small bulbs, they are best planted in masses, in spots where you will walk by them on the sidewalk or can appreciate them from the window.

Siberian Squill
April brings Scilla siberica, usually in shades of banner-blue. It's a tad more shade tolerant than many bulbs; you can tell how much shade it can stand by watching where it spreads by seed. In the lawns of easygoing homeowners, Siberian squill will sometimes spread into glorious carpets of blue. But planting these or any small bulb in the grass will be futile if you demand a tidy lawn and plan to start mowing just after the bulbs bloom in spring. Cutting off most of their leaves will starve them.

Glory-of-the-Snow
A starlet among the early bulbs is glory-of-the-snow (Scilla forbesii). In the center of each bright-blue flower is a dot of white that makes these blooms almost appear to twinkle. Scilla forbesii 'Pink Giant' shows off pale pink blooms instead of the typical blue.

Grape Hyacinth
In midspring, grape hyacinth (Muscari armeniacum) begins to bloom, looking like tiny hyacinths in colors from pale blue to royal purple.  A common species in midwestern gardens, Muscari armeniacum is reliably hardy in the Chicago region. In a sunny spot it will often spread by seed. The grasslike leaves of muscari emerge in fall, not in spring with the blooms, and often persist well into winter. That makes them less of a good companion for ground covers than most small bulbs, but they do very well planted among daffodils or summer-blooming perennials.

Learn more about gardening. Take a class at the Joseph Regenstein, Jr. School of the Chicago Botanic Garden.

Tour the blooms of early spring as you stroll through the Garden. Find an array of flowering bulbs in the Graham Bulb Garden. 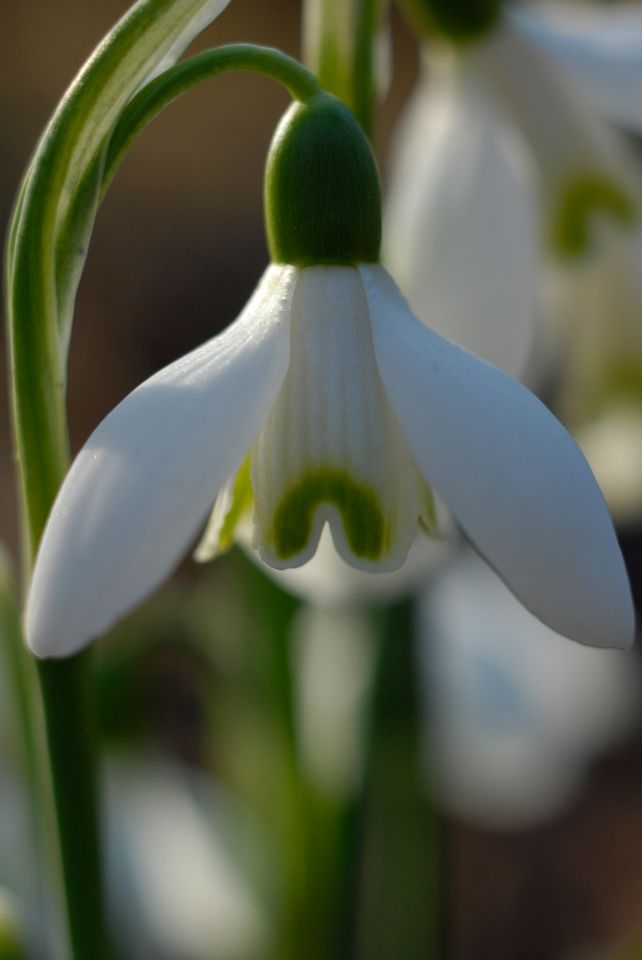 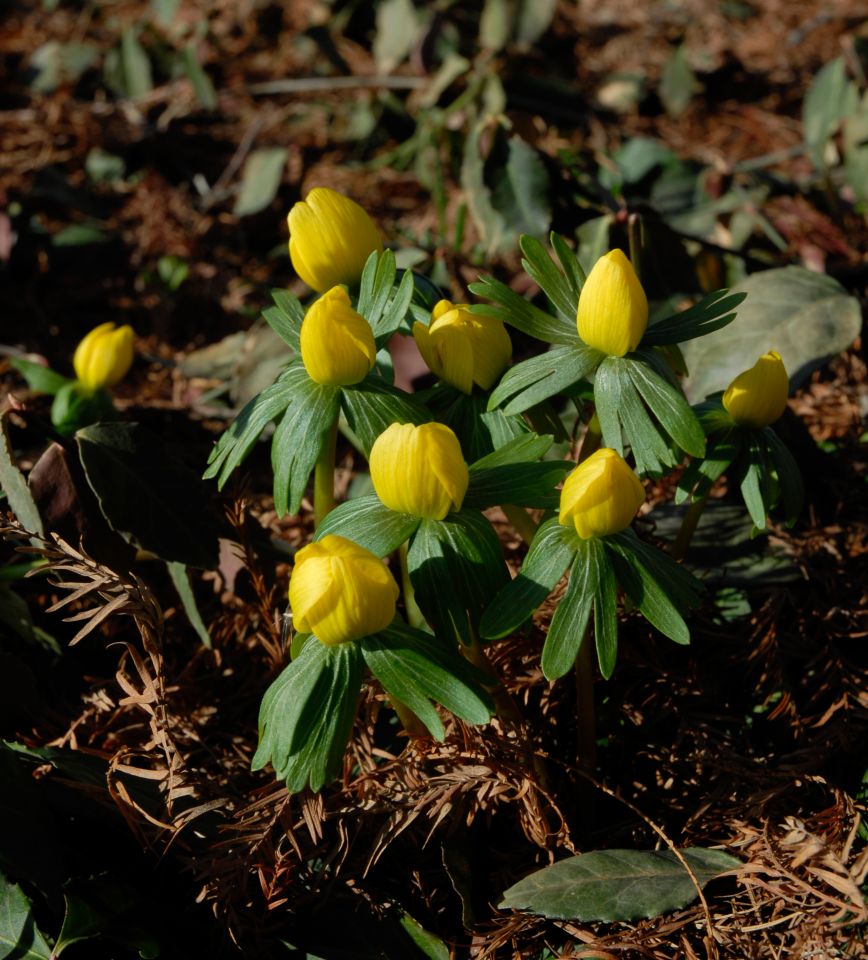 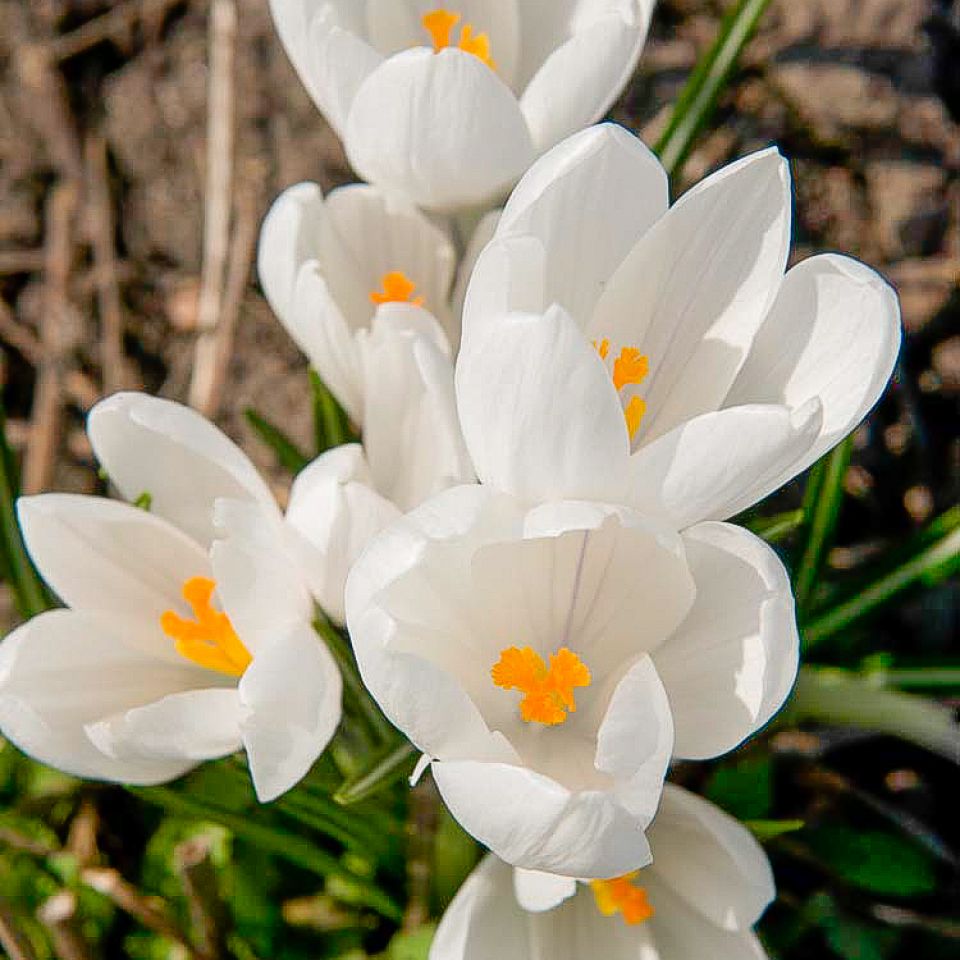 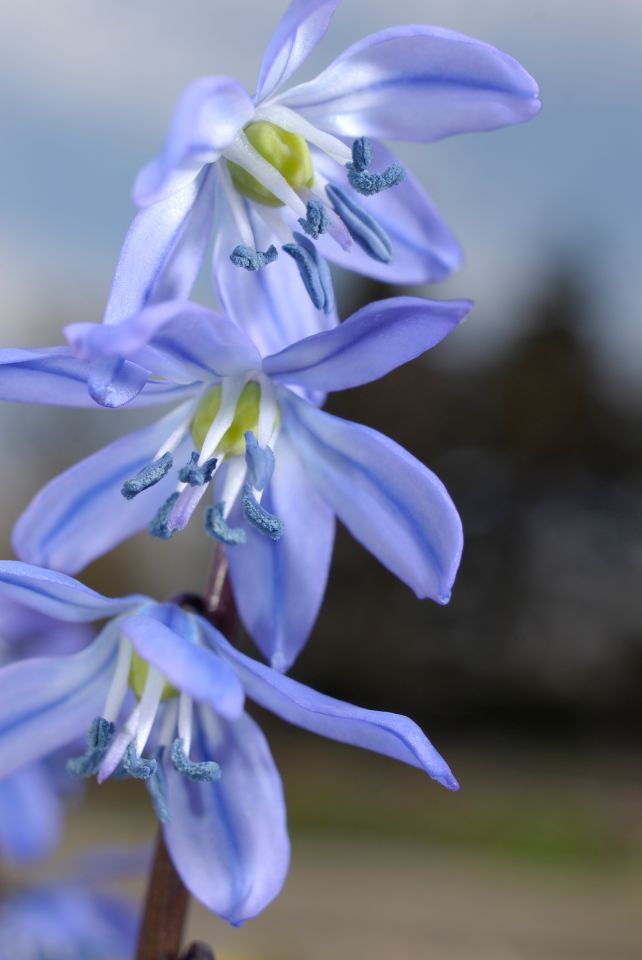 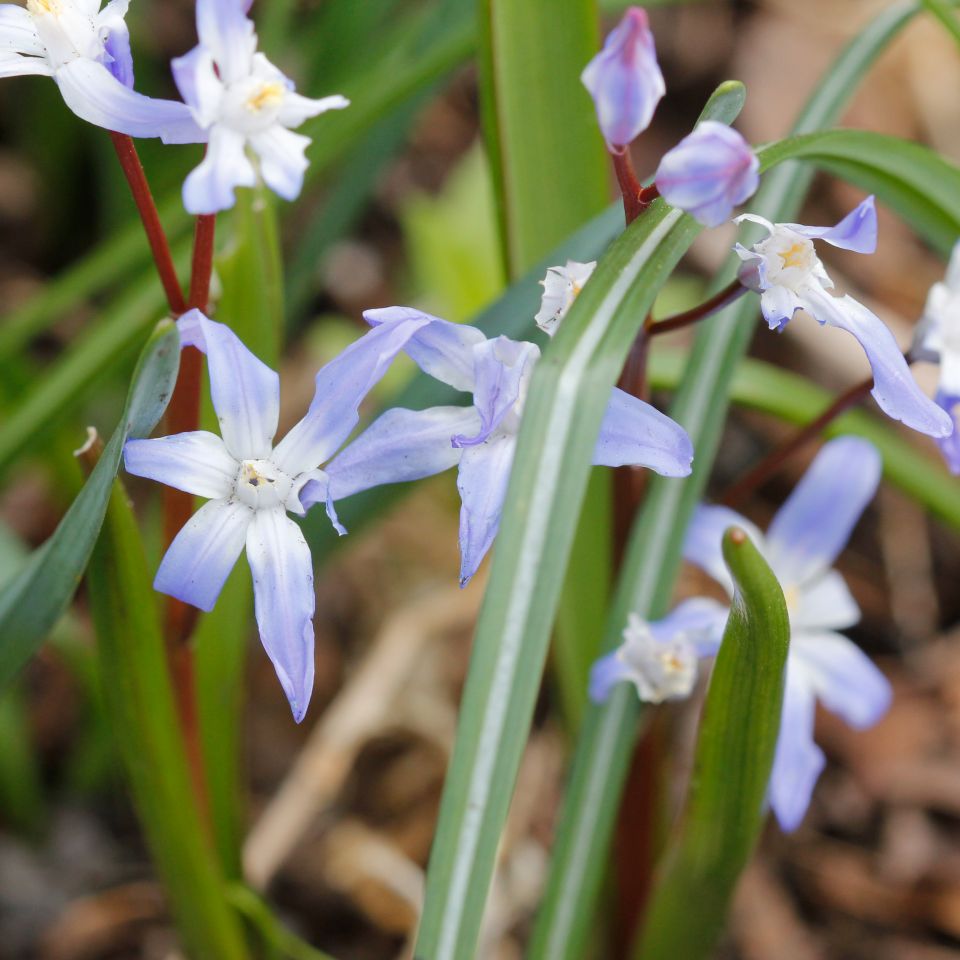 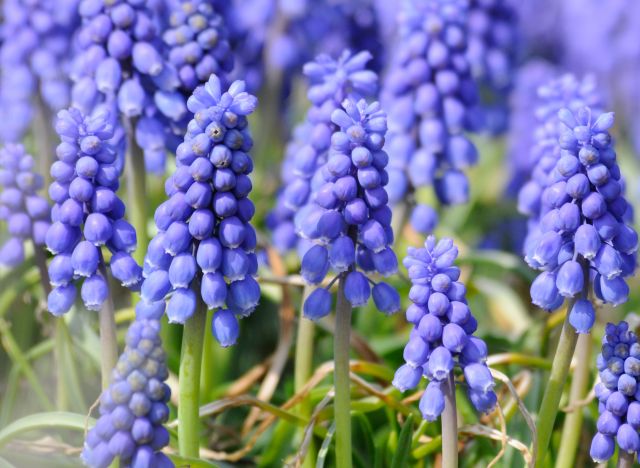