What's in a Name?

Some people read novels. I read taxonomic descriptions. I am especially interested in the etymology of scientific names, especially generic and species names. It all started in 1966 at the Field Museum. 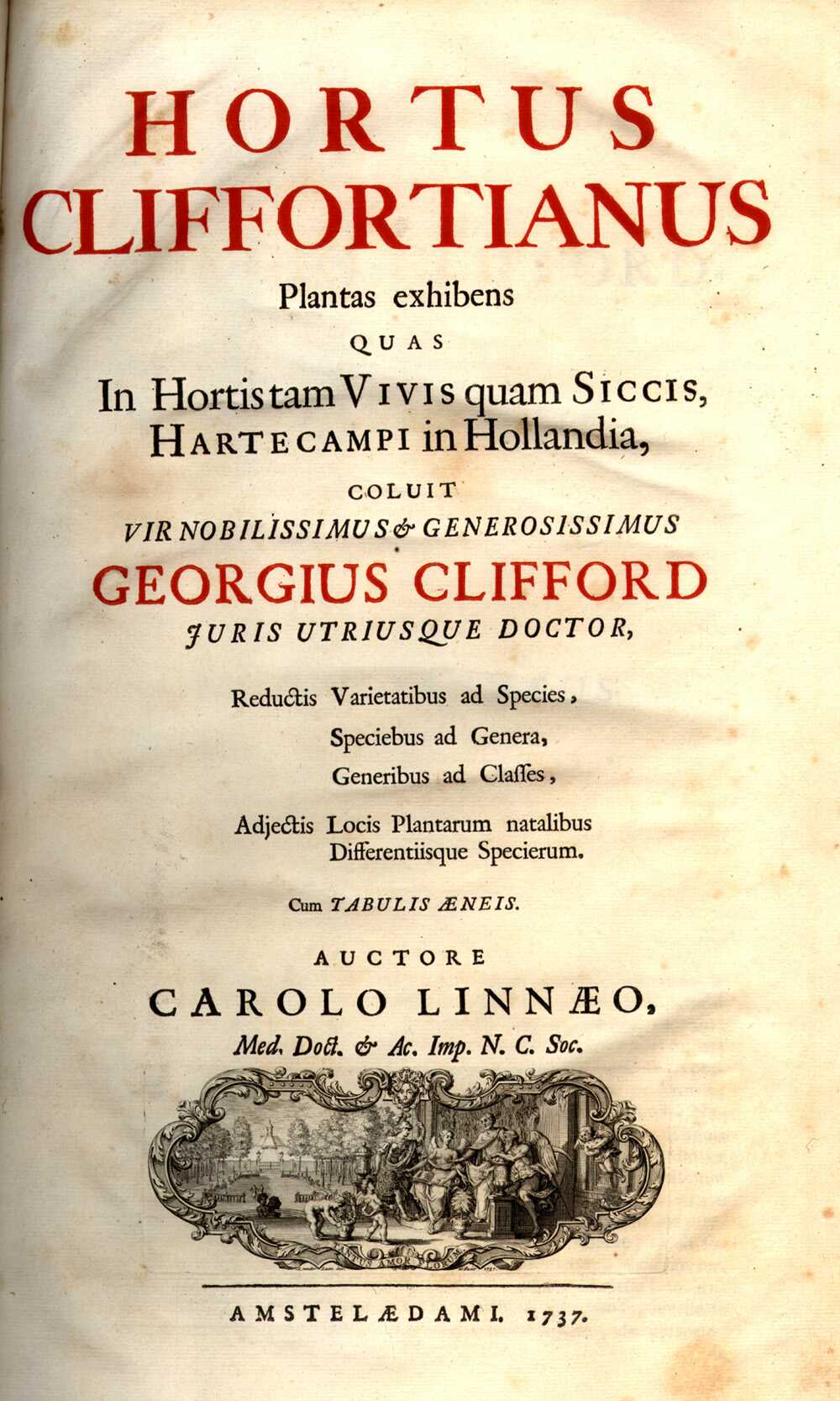 I was a geeky high school student, dedicated to science fairs and projects. One panel of science fair judges suggested that I needed professional help. Perhaps some might have interpreted that comment as a reference to psychological assistance, but I instead thought that the judges were suggesting more scientific advice. I eventually found my way to the Field Museum and the office of Eugene Richardson, curator of Fossil Invertebrates.

A few months before my visit, Dr. Richardson described a completely new and unusual fossil creature, unlike anything, in the pages of the prestigious journal Science. Science, and its British counterpart Nature, rarely publish taxonomic descriptions, unless they are of quite unexpectedly different and unique organisms. Dr. Richardson's new animal lived a little more than 300 million years ago, south of what is now Braidwood, Illinois. Its taxonomic name is Tullimonstrum gregarium. Its generic name means Tully's monster, an epitaph after the fossil's discoverer, Francis Tully (1912–87) of Joliet. The species name, gregarium, translates simply to common. In certain areas south of Braidwood, Tullimonstrum is an abundant fossil. With Tullimonstrum gregarium as my introduction to binomial nomenclature, it is no wonder that I became hooked on the derivations of scientific names.

Ultimately, I should blame this addiction on Carolus Linnaeus (1707–78). It was Linnaeus who developed our ways of describing new species with his notion of binomial nomenclature. This language is based on Latin or Greek. It consists of two elements, the first referring to a specific genus and the second a species within that genus. Formally, Tullimonstrum is cited as Tullimonstrum gregarium Richardson 1966, providing clues in its scientific name to the first occurrence of its initial scientific description (by Eugene Richardson in a paper published in Science in 1966).

Linneaus's binomial nomenclature was a clear antidote for taxonomic confusion. Names of plants and animals before Linneaus were long, unwieldy, and unmemorable. For example, John Parkinson (1567–1650) described a magnificent double daffodil as Pseudonarcissus aureus Anglicus maximus in his Paradisi in Sole Paradisus Terrestris (1629; a copy of this work can be found in Lenhardt Library). Another Parkinson double daffodil earned the moniker Pseudonarcissus aureus maximus flore plenus roseus Tradescanti. Those names were largely descriptive of the plant and flower, a sort of abbreviated summary of a given daffodil's appearance to Parkinson. These names varied from place to place so Pseudonarcissus aureus Anglicus maximus might be called something completely different on the continent.

Linnaeus rectified this problem in 1753 for daffodils by placing them all in the genus Narcissus. This genus was determined and named by Linnaeus in his Species Plantarum, published in two volumes in May 1753 in Stockholm. That work is the origin in taxonomic space for all scientific names. Parkinson's verbose renderings are called pre-Linnaean names, no longer in use officially in classification.

Species Plantarum was amended and edited by Linnaeus as well as by his colleagues and supporters after his death. The most significant edition, the fourth, was published in Berlin between 1797 and 1830, edited by Carl Ludwig Willdenow (1765–1812), director of the Berlin Botanic Garden. The Lenhardt Library's rare book collection includes a copy of this edition, which assesses more than 16,000 species—twice as many as the original 1753 first edition.

How do you choose a (scientific) name? Richardson named Tullimonstrum after its locater, Francis Tully. He followed a tradition established by Linnaeus in 1753 in Species Plantarum as well as in Systema Naturae (first published in 1735; the tenth edition of 1758 is considering the starting point of zoological systematics). Linnaeus honored his colleagues, friends, personal heroes, and students with genera and species, while denigrating enemies. The most famous example is the genus Sigesbeckia, a weed, entitled by Linnaeus for Johann Georg Siegesbeck (1686-1755), one of the harshest critics of Linnaean taxonomy. This genus was established in 1737 in Linnaeus's Hortus Cliffortianus (a fine copy of this book can be found in the Lenhardt Library—see Figure 1). On the other end of taxonomic spectrum is Ternstroemia, a genus of tropical flowering plants (see Figure 2, an illustration of the type specimen of Ternstroemia in the collections of the Linnean Society of London). It was created by Linnaeus in memory of Christopher Tärnström (1711–46). Tärnström was the first of 17 Linnaean apostles, students of Linnaeus at Uppsala University who were sent around the world to collect new specimens. Tärnström unfortunately died of a tropical ailment in what is now Vietnam. 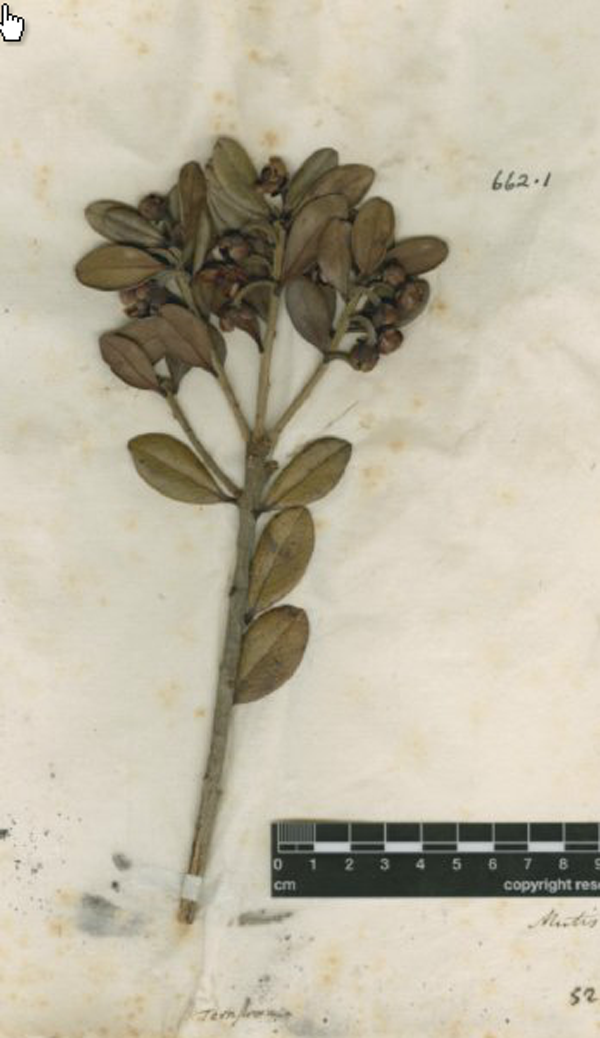 Figure 2 (Click on image for larger view): An illustration of the type specimen of Ternstroemia in the collections of the Linnean Society of London

Linnaeus's practice continues to this day. There are scientific names based on the names of comedians; Montypythonoides riversleighensis, a fossil python, celebrating Monty Python or Agaporomorphus colberti, a Venezuelan beetle for Stephen Colbert. There's also Avahi cleesei, a Madagascan lemur, honoring John Cleese. Not to be ignored, musicians pick up scientific names as well, such as Orectochilus orbisonorum, an Indian beetle, for Roy Orbison; fossil trilobites Aegrotocatellus jaggeri and Perirehaedulus richardsi for members of the Rolling Stones; Bushiella beatlesi, worms in honor of the Beatles; and, of course, there are the wasp genera Beethovena and Mozartella. Political figures earn their rewards taxonomically, too. Three species of the genus Agathidium, a slime mold beetle, are entitled Agathidium bushi, Agathidium cheneyi, and Agathidium rumsfeldi.

Not all scientific names point to specific personalities. Sometimes two individuals can be recognized in a single scientific name by an astute taxonomic etymologist. For example, the ostracode (a very small crustacean) Orionina brouwersae honors two individuals, geologist Robert Orion Vernon (1912–74) and paleontologist Elisabeth M. Brouwers. In other cases, names are based on local languages or dialects. A recent paper in the Proceedings of the Royal Society described a 560-million-year-old cnidarian (coral and jellyfish). It was called Haootia quadriformis, based on the word haoot, meaning demon in the native language, Beothuk, of Newfoundland. Nanuqsaurus hoglundi, a recently introduced new species of Alaskan tyrannosaur, features a generic name based on nanuq, or polar bear, in the Inupiaq dialect.

There are rules that govern these names, formalized in the International Code of International Code of Nomenclature for Algae, Fungi, and Plants and International Code of Zoological Nomenclature (latest versions published in 2012). A description, with an analysis of major features and illustrations, has to be published in a scientific journal or book. This description includes information on a given organism's distribution in time (if a fossil) and space. A type specimen needs to be selected and deposited in a museum or accessible natural history collection as well. If some of these rules are not followed, or if there is some debate about the novelty of your new genus or species, a taxonomic description may be declared invalid. 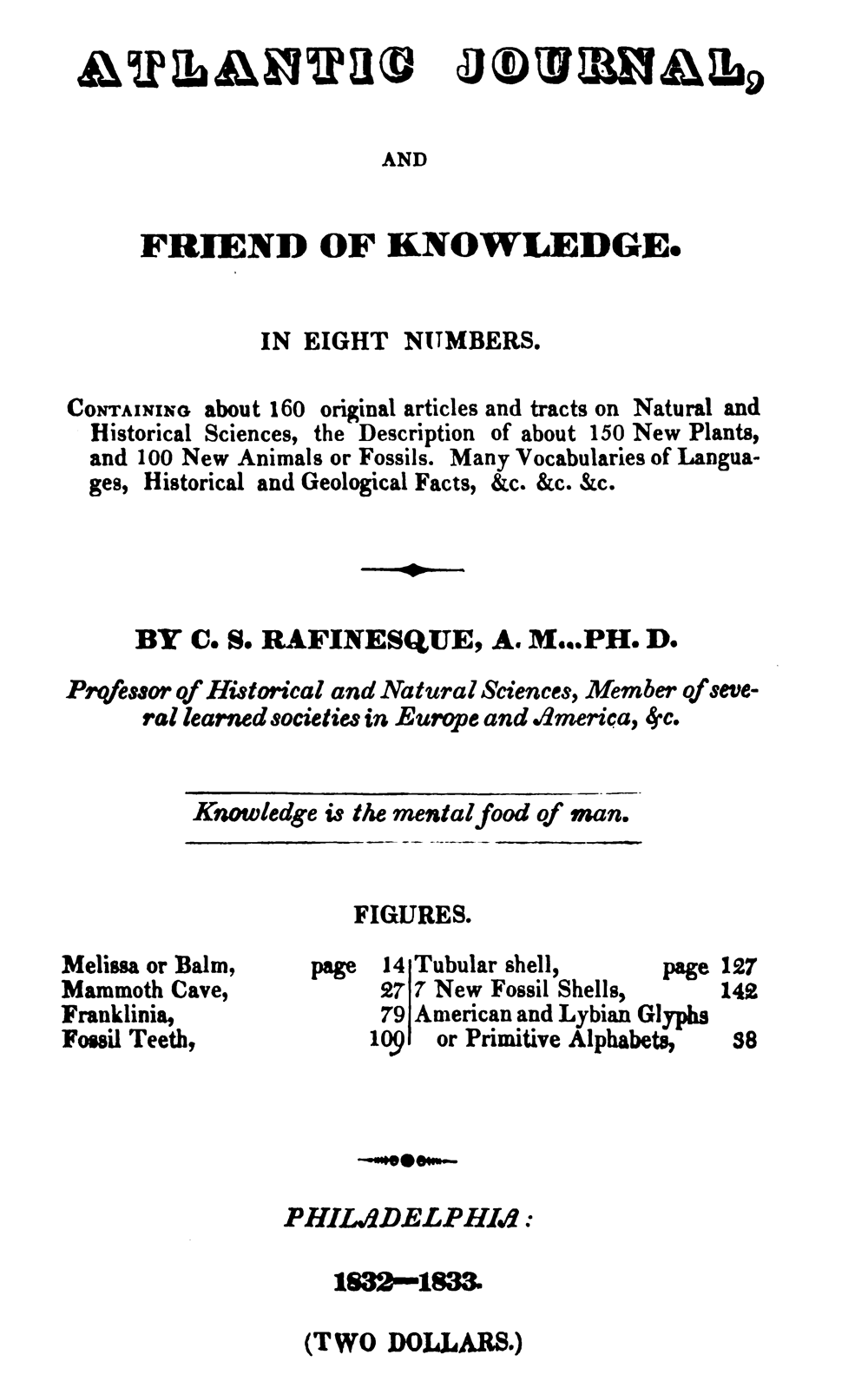 Figure 3 (Click on image for larger view): Rafinesque's Atlantic Journal and Friend of Knowledge (which can be found in the Lenhardt Library)

The most invalidated of all American taxonomists may have been Constantine Rafinesque (1783–1840), whom I treated at length last year in this column. Rafinesque described thousands of species of plants, but his descriptions were brief and often lacked illustrations. For example, in Rafinesque's Atlantic Journal and Friend of Knowledge (which can be found in the Lenhardt Library, see Figure 3), he summarizes the physical features of the genus Vernasolis (or vernal sun) and indicates that this plant can be found in western Kentucky and Tennessee. Later taxonomists disagreed over the validity of Vernasolis and assigned it to Gaillardia (named for Gaillard de Charentoneau, a French magistrate and member of Académie des sciences).

Taxonomy might seem dry and academic to some. Its stories, told in the names of genera and species, cladograms, illustrations, and descriptions, for me are far more riveting than bestselling novels. Between 2000 and 2009, 176,311 new species were described, so it seems I will never lack a taxonomic description to read and enjoy for the rest of my days.