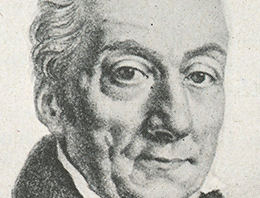 My interest in Palisot de Beauvois started with his monograph on grasses, with the verbose title Essai d'une nouvelle agrostographie: ou, Nouveaux genres des graminées: avec figures représentant les caractères de tous les genres. The text of the copy of this work found in the Garden's Rare Book Collection, published in Paris in 1812, is intriguing. [Figure 1: Title page, Essai d'une nouvelle agrostographie (1812).] Palisot de Beauvois calls for a revolution in the study of grasses, correctly pointing out that grasses are one of the most important plants to humans. He demands a new taxonomic approach, tossing aside even Linnaeus. His blustering and non-scientific attitude probably cooled any enthusiasm for his methodologies by his contemporaries and subsequent taxonomists [Figure 2: Illustrations from Essai d'une nouvelle agrostographie (1812).]. Many of his generic names have been replaced over time, thanks to more modern techniques to analyze correctly the complicated relationships of different grasses. How did Palisot de Beauvois arrive at this ignoble position?

He was not a born naturalist. Educated at Collège d'Harcourt in Paris, he was a member of the bar in 1772. With the death of his father and older brother, he inherited both estates and titles, both of which would cast their shadow during the Revolution. According to Elmer Drew Merrill (1876–1956) in his 1936 essay, Palisot de Beauvois's interest in botany grew in the late 1770s and early 1780s, along with a desire to explore exotic regions. His dream was to cross Africa, collecting plants, completing work started by Peter Forsskål, (1732–63), one of Linnaeus's apostles.

Palisot de Beauvois's wishes came true, joining a French expedition to Owara in the Niger Delta in 1786. This foray was an attempt to establish a French trading post in west Africa. Palisot de Beauvois saw it as a personal opportunity to imitate Forsskål, imagining that he would use Owara as a base camp for botanical explorations. However, he and his colleagues did not adequately prepare for the tropical conditions of the Niger Delta, where heat and swamps generate abundant mosquitoes. Within five months of their arrival, 250 of 300 members of the expedition died of yellow fever. In spite of this toll, Palisot de Beauvois was able to collect both insects and plants, building a large collection in Owara and shipping some material to Paris to Antoine Laurent de Jussieu (1748–1836). Alarmed by Palisot de Beauvois's health, Jean-François Landolphe (1765–1825) of the French navy evacuated his friend for rest and recuperation to Haiti. Palisot de Beauvois never saw his collections in Owara again, as they were plundered by the British in 1792. 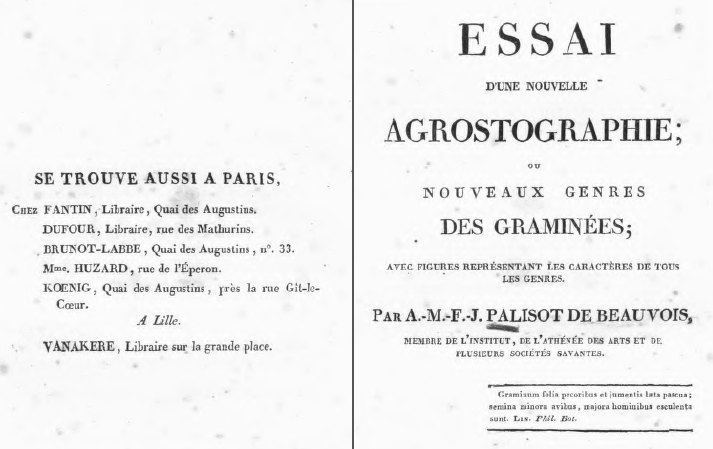 Arriving in July 1788 in Haiti, he recuperated in the home of a relative at Môle-Saint-Nicolas. He soon began to collect plants, especially seeds, around Haiti, shipping specimens to Paris when opportunity provided, assembling a large collection in his home. He also became increasingly involved in the politics of the island, trying to quell unrest by slaves. His actions were not successful and a full-scale slave revolt erupted in August 1791. Beauvois was sent to Philadelphia to seek help and aid from the new American government. Once again, Palisot de Beauvois would never see his specimens, destroyed in the Haitian Revolution sometime in 1792 or 1793.

In January 1792, Palisot de Beauvois landed in Philadelphia and quickly became involved in the local scientific community, participating in meetings of the American Philosophical Society and collecting specimens whenever opportunities presented themselves. His political efforts were not successful, so he returned to Haiti only to find his home destroyed. Imprisoned for his earlier efforts on behalf of slave owners, he fortunately escaped execution and was ordered to leave the island. He returned to Philadelphia in 1793, broke, specimen-less, and with little prospects. He could not return to France in the throes of Révolution française; indeed, execution probably awaited Palisot de Beauvois if he appeared in Paris during la Terreur.

Fortunately, his activities in the American Philosophical Society a year earlier helped him find employment. Caspar Wistar (1761–1818), physician, member of the American Philosophical Society, and faculty member at the University of Pennsylvania, opened his home to Palisot de Beauvois. Charles Willson Peale (1741–1827) asked Palisot de Beauvois to work in his Philadelphia museum as a cataloguer. On other occasions, as Merrill notes in his essay on the vagabond naturalist in America, Palisot de Beauvois "supported himself by teaching French and music, and playing in a circus orchestra." 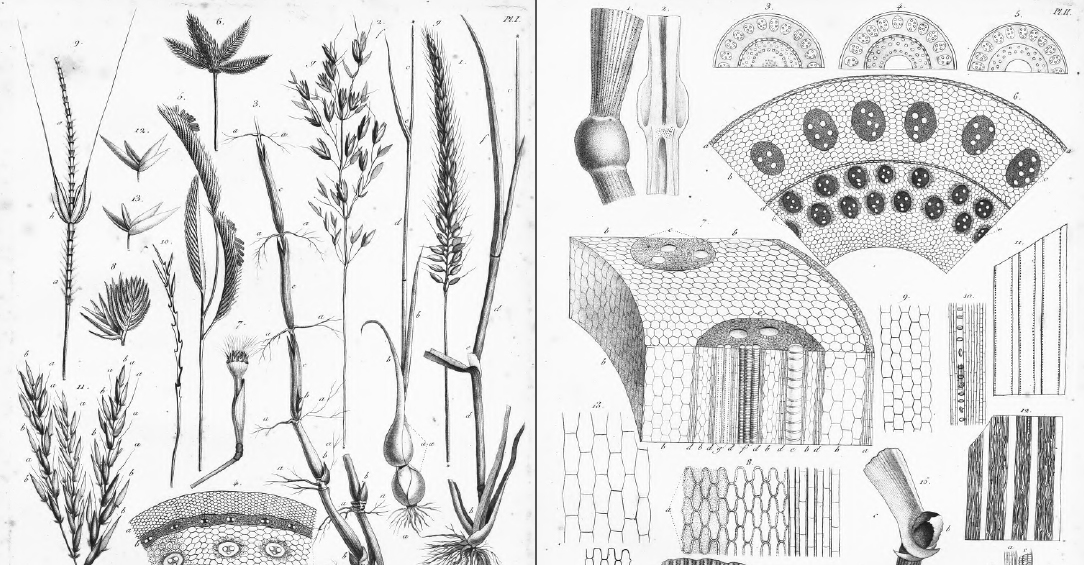 Thanks to his connections with the American Philosophical Society, Palisot de Beauvois struck up a friendship with Thomas Jefferson (1743–1826), sending both fossil specimens and letters. Jefferson was quite fascinated by giant claws found in a cave, and presented a paper at the Society on what he first thought was a giant lion that he named Megalonyx. Jefferson used the remains of Megalonyx as evidence against Georges Cuvier's (1769–1832) notions of extinction. Jefferson argued that Megalonyx might exist somewhere in western North America, and actually asked Meriwether Lewis (1774–1809) and William Clark (1770–1838) to watch for its appearance on their expedition (1804–06). Jefferson eventually discovered that Megalonyx was an extinct sloth, but with the encouragement of Palisot de Beauvois, his efforts marked the start of vigorous research in American vertebrate paleontology that continues to this day.

Thanks to lobbying by Palisot de Beauvois's colleagues in France, he was able to return to his homeland in August 1798. Tragically, his last great exotic collection of various plants, insects, and fossils was lost in a shipwreck near Nova Scotia. Altogether, he lost three significant collections—in Africa, Haiti, and then off the Canadian coast. Given that Palisot de Beauvois repeatedly shipped material to his scientific friends in France, it is not surprising that some of his material has survived to this day, in Geneva.

It was in his last decade that Palisot de Beauvois turned his mind to grasses, creating Essai d'une nouvelle agrostographie. His efforts were stymied in part by the Napoleonic Wars, which made communication difficult with his scientific comrades. The resulting monograph was idiosyncratic, to say the least. We can only wonder what kinds of work he would have created if his many collections in Africa, Haiti, and America had survived politics and the whims of nature. His Essai hints at a fragment of the potential of this restless, multitasking explorer and scientist.