John and Robert Kennicott and science education in nineteenth-century America 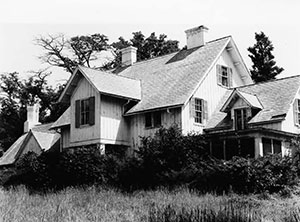 Once upon a time, in Chicago, there existed a society of natural scientists by the name of the Kennicott Club. This organization was an informal society of individuals interested in taxonomy, so its members were largely curators from museums, academics from universities and colleges, and dedicated amateurs. Named after one of Illinois's most famous scientists in the nineteenth century, Robert Kennicott (1835–66), the Club met on an irregular basis for a meal, drinks, and an off-the-cuff talk by a local dignitary about his most recent expedition to collect Rhinogradentia in the Pacific or simply Tullimonstrum gregorium in Kankakee County.

I had the good fortune to attend a Kennicott Club meeting one evening many years ago. The event took place at a restaurant in a now long-gone hotel on south Michigan Avenue, convenient to many curators and scientists ensconced at The Field Museum. The meal itself was not memorable but the lecture was unforgettable for its delightful humor. Taxonomists certainly have a comedic side! Who would not find it absolutely hilarious that a rare Fijian snail has a Linnaean moniker of Ba humbugi, thanks to Alan Solem (1931–90), a malacologist and curator at The Field Museum.

Certainly Robert Kennicott would have been a treasured member of this Club, for he would have appreciated both its science and jocularity. A precursor of the Kennicott Club most certainly was the Megatherium Club at the Smithsonian, which featured such important speakers at its meetings as Louis Agassiz (1807–73) along with sack races in the Castle. Unfortunately both sack races at the Smithsonian and the Kennicott Club in Chicago have long disappeared. 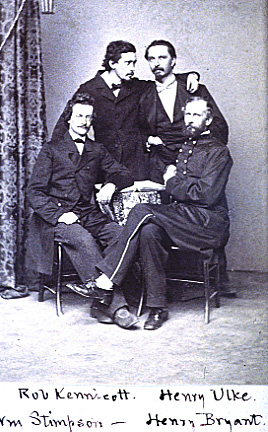 Robert Kennicott grew up in The Grove, now a National Historic Landmark in Glenview (further details at www.glenviewparks.org/facilities-parks/the-grove). His father, John (1802–63), a physician, was certainly interested in natural history, and encouraged his son to pursue his affection for animals, plants, fossils, and other manifestations of life on this planet.

Both John and Robert strongly contributed to the shape of science in early Illinois, leaving records in some of the earliest scientific journals created in this state. Both father and son thought that the prairies of Illinois offered a glimpse of life, past and present, not found elsewhere in this relatively new country in the middle of the nineteenth century. Both collected specimens, preserved and described them, and then reported their findings in correspondence and papers to their colleagues. Indeed, we live today with the consequences of John's and Robert's active promotion of education in science for all. Where do we find evidence for this scientific evangelism?

In the Lenhardt Library of the Chicago Botanic Garden, we have several early scientific journals produced in Illinois before the Civil War. In the Transactions of the Illinois State Horticultural Society and the Transactions of the Illinois State Agricultural Society, we find printed evidence of the Kennicott—father and son—dedication to practical applications of their scientific interests, and encouragement for a more robust following of the natural sciences by a wider audience.

For example, Robert's "The Quadrupeds of Illinois, Injurious and Beneficial to the Farmer," published in 1857 in the Transactions of the Illinois State Agricultural Society, was one of the first publications to stress the importance of a local fauna in maintaining the overall health of an ecosystem. Robert dearly wanted his fellow citizens to observe nature. He wrote in the opening paragraph:

"However injurious wild animals may be to man, he should not forget that he himself is very often the cause of their undue destructiveness. When destroying his crops, they are only following the instincts with which they have been endowed by the Creator. Ruled by All-wise laws, every animal fills its appointed place exactly, existing not alone for itself, but forming a necessary part of the vast system of Nature. One class of animals keeps in check certain plants; others prevent too great an increase in these, while those having few enemies are not prolific. Man interferes unwisely, and the order is broken."

As James Tober noted in his book Who Owns the Wildlife? (1981), Kennicott was promoting a new perspective, in which "the natural environment was seen not as hostile and disordered, able to be subdued by brute force, but as a delicately balanced web of interconnections in which man must intrude gently, or at least with some forethought." Two birds noted by Kennicott in his "Quadrupeds of Illinois" are now extinct, the Carolina parakeet and the passenger pigeon, in part because his advice was not heeded. Indeed, Robert condemned the wholesale slaughter of birds; he wrote in the aforementioned paper in the Transactions: "Some birds injure his crops, and so every bird that ever ate a grain of corn is shot, while many, which are not known to do any harm, are killed lest they should." 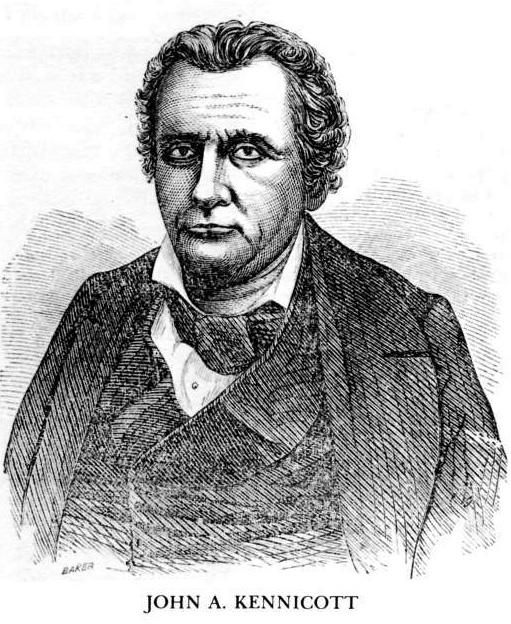 John Kennicott chided his audience at a meeting of Illinois State Horticultural Society in 1860 for ignoring science in their efforts on the farm. In Bloomington, Illinois, on Wednesday, December 19, 1860 (24 hours before South Carolina became the first state to secede from the Union), Kennicott noted that:

"The fat earth still yields her rich abundance, to the working son, who follows blindly the old course of his working father—with something like skill, but nothing of science—and without knowing that it is because of the wonderful fertility of our soil ('needing only to be tickled by a hoe to laugh with a harvest') that his labor is so well rewarded. But this will not last always, and many have already discovered their mistake, in expecting it to last."

Both John and Robert were trying to encourage their fellow citizens of Illinois to take a more serious interest in ecology, botany, horticulture, zoology, and related disciplines. They were sufficiently farsighted to see the consequences of neglect, squandering animals, plants, soil, and water for short-term benefits.

John and Robert's efforts to create a new generation of scientifically minded farmers and horticulturalists eventually bore fruit. On May 15, 1862, President Abraham Lincoln created the U.S. Department of Agriculture to provide technical assistance to rural Americans in operating their farms and orchards. A few months later, on July 2, 1862, President Lincoln signed the Morrill Act, providing lands to each state to fund universities that would specialize in several disciplines, but especially agriculture. Today, there are more than 100 land-grant colleges and universities, including the University of Illinois, Cornell University, and the Massachusetts Institute of Technology. It is difficult to imagine what America would be like without the U.S. Department of Agriculture or any of those land-grant institutions.

John and Robert Kennicott invested their lives in nurturing a public interest, even passion, for science. Their efforts reached the highest levels of government in this country in the nineteenth century, eventually creating educational systems that literally have changed the world.