Clusius, tulips, and the first bubble 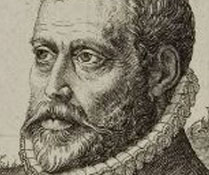 Carolus Clusius (1526–1609) visited the Iberian peninsula in the 1560s, as I noted in this column last month. He was looking for exotic plants that might have some value economically and practically (like the potato), but also for plants that might have some special scientific virtues. Clusius was tireless in his pursuit of unusual botanical subjects. Around him, a mythology has developed about his role in the distribution of the tulip in Europe, but especially in the Netherlands. Some regard Clusius as the "patron saint" of the tulip, a catalyst for its dominance as a premier ornamental flower. Let's look more closely at some recent research on Clusius and the tulip to see if we can understand some of this mythology. 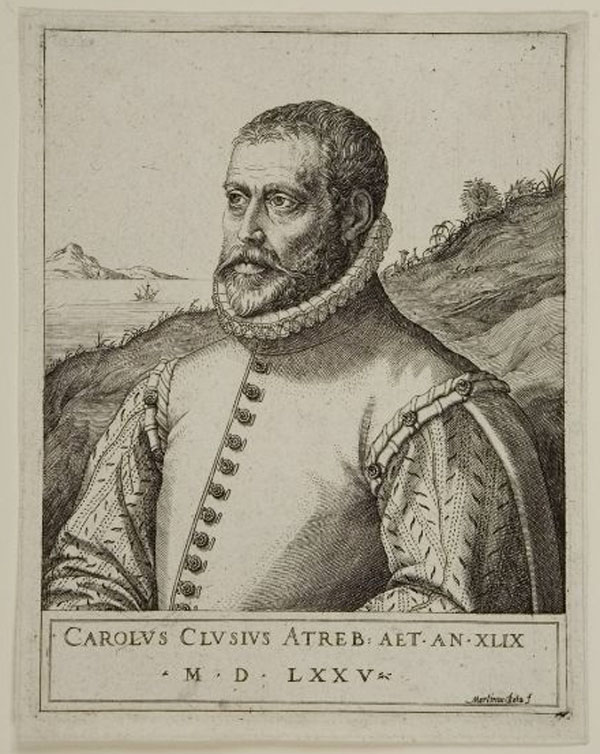 After Clusius's exploration of Spain at the behest of Anton Fugger (1493–60), Maximilian II (1527–76) retained his services in organizing the royal gardens in Vienna. Maximilian's successor, Rudolf II (1552–1612), seems to have taken a dim view of Clusius, destroying the Viennese gardens, dismissing the most famous botanist in Europe in 1577. Eventually Clusius arrived in Leiden to establish a garden for the university in 1593. What did Clusius do for 16 years? He was one not to fritter away time, languishing over Rudolf's behavior. The growing publishing business in Europe needed someone exactly like Clusius (see Figure 1).

Clusius's linguistic talents were certainly recognized and appreciated in the publishing community. His knowledge of eight languages, scientific and geographic skills, and attention to detail (he literally hovered over artists working on engravings of plants for his books) made him a valuable asset for any publisher ready to market works in Latin and the vernacular. As I noted last year in this column, Clusius prepared an important edited translation of Cristóbal Acosta's (1515?–94) Aromatum & Medicamentorum in Orientali India Nascentium Liber for Christopher Plantin in Antwerp. Plantin understood Clusius's importance as author, translator, and factotum. Clusius's books sold well, thanks to his reputation and his incredible network of intellectuals scattered around Europe, all of whom were interested in natural history and especially plants.

As research by Michiel van Grosen and Peter Burke has demonstrated, Theodore de Bry (1527/28–98) and his sons Johan Theodore (1563–1623) Johan Israel (1565–1609) established their successful publishing firm in Frankfurt in 1588. Their success was in part due to Clusius, who worked as translator, proofreader, editor, and in-house intellectual. The de Bry strategy was simple: create a series of books on voyages to exotic lands, well illustrated, in a variety of languages, for the curious and well-heeled reader. Clusius was recognized for his efforts in some of these works. His was a significant imprimatur blessing the content, and his printed initials were a signal to cognoscenti.

All of these efforts enhanced Clusius's reputation, but he must have longed to work again in a garden, studying exotic plants like the tulip. In the autumn of 1593, Clusius arrived in Leiden to organize a botanical garden for the university. His friend and colleague from Maximilian's court, Rembertus Dodonaeus (1517–85), the Holy Roman Emperor's personal physician, preceded Clusius in Leiden. Dodonaeus was a professor of medicine at the university from 1582 until his death, and probably encouraged the development of an educational garden for medical faculty and students. This sort of didactic garden was modeled on the Orto Botanico di Padova, the famous garden in Padua, Italy, used by generations of students and instructors since 1545.

Many reputable sources enthusiastically point out that Clusius arrived in Leiden with tulip bulbs, and that the Dutch fascination with the tulip started with him in about 1593. Clusius was certainly not the first to bring tulips to the Netherlands. The first tulips to appear in the Low Countries probably arrived in 1562 as a lagniappe, an unexpected gift from a merchant in Constantinople to a colleague and customer in Antwerp. A shipment of fabric arrived in Antwerp in the autumn of 1562, as described in Mike Dash's excellent book Tulipomania (1999), with a sack of tulip bulbs. The anonymous Antwerpian thought the bulbs were an odd gift, but that they decidedly looked edible, perhaps a kind of Turkish onion. They were not to his taste, so the bulbs were dumped unceremoniously into the household refuse. The ever-resilient bulbs survived the winter and flowered the following spring of 1563.

Serendipity played an important part. Joris Rye, from neighboring Mechelen, visited the merchant in Antwerp that spring. Rye was mesmerized by the flowering tulips and rescued as many of the plants from the merchant's dump. Rye was a botanical enthusiast and well connected with other like-minded individuals. He wrote to Clusius about these colorful wonders as well as to Dodonaeus. Dodonaeus featured tulips in one of the first books on ornamental plants, Florum, et Coronariarum Odoratarumque nonnullarum herbarum historia, published by Christopher Plantin in 1569. (The Lenhardt Library has a fine copy of this work in its collection—see Figure 2). 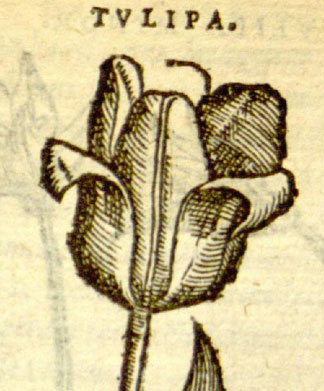 Clusius was well aware of tulips on his important collecting trip to Spain in the 1560s, with Anton Fugger's son in tow. He knew that tulips were native to Turkey, so he utilized his personal network to track down more bulbs. Enter another Clusius connection, Ogier Ghiselin de Busbecq (1522–92), ambassador of the Holy Roman Emperor to none other than Suleiman the Magnificent (1494–1566) in Constantinople. Busbecq collected manuscripts, books, and antiquities while in Constantinople, so securing tulip bulbs for Clusius was not difficult (after all, the tulip is the national flower of Turkey, its name derived from the its Turkish work tulbend).

Clusius featured the tulip in his magnificent work on the flora of the Iberian peninsula, Rariorum aliquot stirpium per Hispanias obseruatarum, published by Plantin in 1576. It appears in the appendix, a supplement about "Thracian" plants (see Figure 3). But why include this description in this book on the plants of Spain? 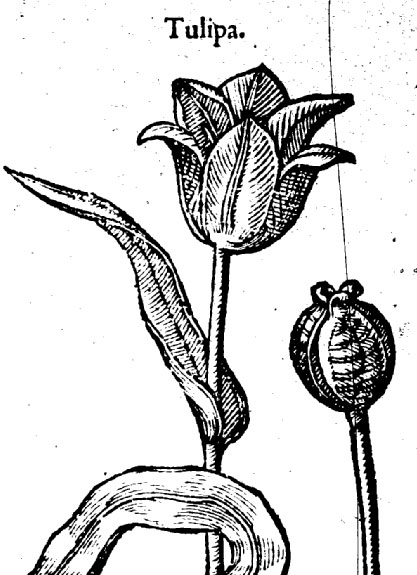 Clusius indeed may have seen the tulip in Spain! For centuries, caravans crossed the Sahara, carrying precious metals, silk, salt, and books from Asia and the Middle East to Europe via Al-Andalus or Muslim Spain. For seven centuries, Muslim control of the Iberian peninsula provided a gateway for exotic goods. It also was a portal for ideas, such as a revival of scholarly interest in Aristotle (384–322 B.C.E.), as well as technology, such as papermaking. More importantly, plants from the Middle East and Asia may well have appeared in medieval Spain, long before they were common elsewhere in Europe. Recent research by J. Esteban Hernández Bermejo and Expiración García Sánchez, published in the journal Economic Botany, examined medieval descriptions of gardens and farms in Al-Andalus. They discovered records describing the tulip in Spain at least five centuries before Clusius, Dodonaeus, and others illustrated it in the sixteenth century. Clusius had the tulip on his mind while on his Spanish sojourn, thanks to communications from Joris Rye in Mechelen, Dodonaeus, and others. Hence, the appearance of a description of the tulip is less anomalous in his 1576 book on the flora of Spain than we might think.

With his tulip bulbs in hand, thanks to Busbecq, Clusius experimented with them in Maximilian's gardens in Vienna, then in Antwerp and Frankfurt. He arrived in Leiden in the fall of 1593 with tulips, a plant that he seemed to adore, but still quite didn't understand. With the assistance of Dirck Cluyt, Clusius was able to organize the garden at the University of Leiden in short order and survive a terrible winter in late 1593 and early 1594.

Clusius was trying to understand why some of his tulips had distinctive stripes on their flowers and others did not. Like any good scientist, he tried to control as many variables as possible to isolate the causes of these color breaks. He experimented with different soils and fertilizers, measured temperature and analyzed other factors. It was maddening that he could not isolate the cause because it did not simply seem to be genetic (in a Renaissance sense of traits and inheritance).

Clusius's Hortus academicus attracted many visitors (see Figure 4), especially in the spring when his tulips flourished. Those flowering plants were the highlight of the garden, but they were also the focal point of Clusius's research. Many a visitor asked Clusius for a bulb or two, and Clusius usually asked an astronomical price, for he was not ready to distribute bulbs en masse to the hoi polloi. These bulbs, after all, were his experimental subjects; he sent bulbs to botanically minded friends freely throughout Europe, even to colleagues in Spain. To fellow scientists, Clusius hoped for some insights into breaking bulbs and their mysterious colors. He couldn't expect data of any value from those growing tulips as floral entertainment. 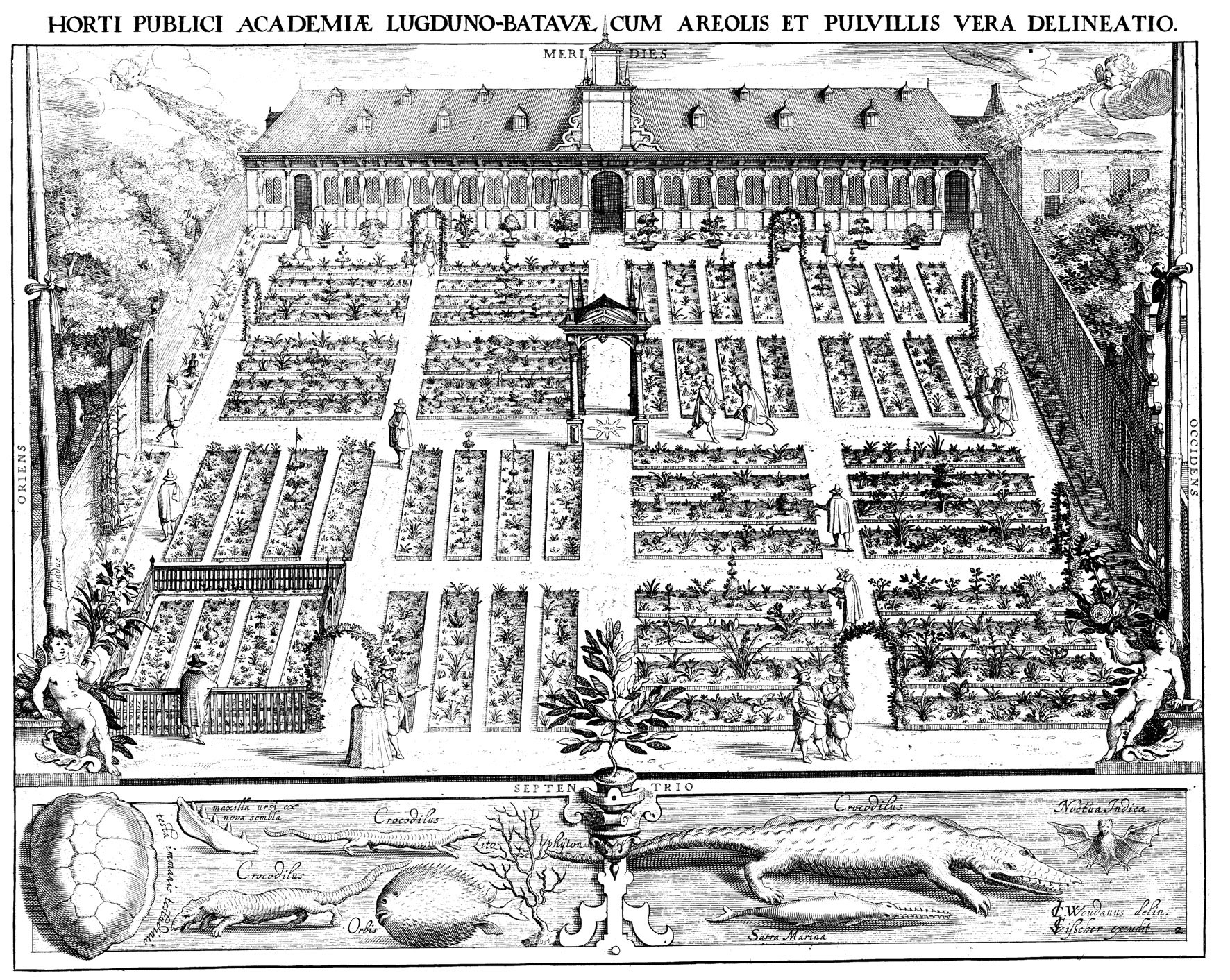 Figure 4 (click on image for a larger view): The garden at Leiden a year after Clusius's death

It's no wonder that in 1596, and again in 1598, tulips were stolen from Clusius's garden in Leiden. Those bulbs became the foundation of a lively trade in tulips in the Netherlands, with tulip flowers soon appearing every spring in many gardens across the country. Clusius died in 1609, never quite understanding the breaking problem or discovering the thieves responsible for the rapid spread of tulips.

It was not until 1928 that Dorothy Cayley, at the John Innes Horticultural Institution in Surrey, England, discovered a virus in tulip bulbs that caused color variations in flowers. This virus, potyvirus, has been isolated and sequenced; a number of countries outlaw the sale of broken bulbs to limit the spread of it.

Clusius's stolen bulbs eventually captured the minds and wallets of many Dutch, climaxing in one of the first economic bubbles of all time, the tulip craze of the 1630s. Reaching its peak in 1634, the passion for tulips was in part inspired by a desire for specific colorful and rare flowers. There was also an enormous demand for tulip flowers in France, where they became the height of fashion.

Today, Clusius's charming garden in Leiden honors his scientific work as the first great modern experimental botanist in Europe. Every autumn, we plant tulip bulbs as an optimistic gesture for the future. Their colorful explosion provides an exclamation point to our joy at surviving another grim winter. We can thank Clusius for his dedication to exotic plants in sixteenth century Europe, and especially his obstinate commitment to the tulip. He was the accidental publicist for the tulip, helping it become, in a generation, a sensation in Europe, and eventually the world.