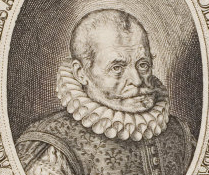 It's difficult to imagine a potato-less world. But a little less than five centuries ago, potatoes were absent from European kitchens. According to the Food and Agriculture Organization of the United Nations, the world produces more than 325 million tons of potatoes each year. Each individual on this planet consumes, on average, a little more than 91 pounds of spuds in a year (citizens of Belarus lead the world in consumption, with almost 400 pounds per person per annum!). 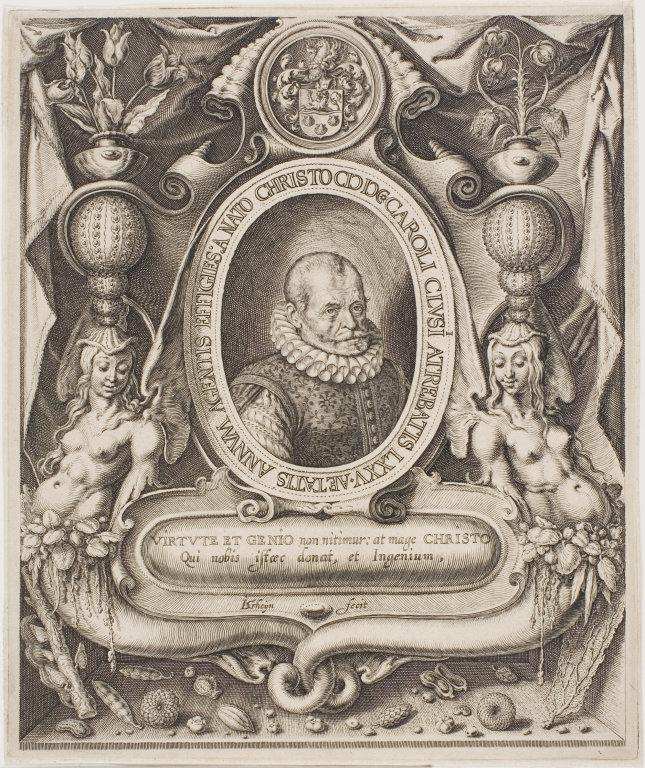 Figure 1 (click on image for larger view): Portrait of Clusius, from the frontispiece of Rariorum plantarum historia, 1601.

The Spanish were hunting for gold and silver in South America, and found tons of it. They also discovered potatoes in the Andes, consumed by indigenous people for centuries. Potatoes eventually became the culinary discovery of the sixteenth century, long after all of the gold and silver disappeared into vaults, banks, and mattresses. Who helped spread the potato in Europe? None other than Carolus Clusius (1526–1609)—one of the most important scientists in sixteenth-century Europe (see Figure 1).

Who was Carolus Clusius? He was born Charles de l'Escluse in Arras, in the northeastern part of France, which was under the Spanish Habsburgs at that time. His father Michel was a member of the court of the former province of Artois, so we can guess that his son was encouraged to pursue educational opportunities. Clusius initially studied law at the old University of Leuven (or Louvain), then part of Habsburg Netherlands (now Belgium). He continued his legal studies at the University of Marburg in Germany and then the University of Wittenberg. Fortunately for Clusius and for science, he met Philipp Melanchthon (1497–1560) in Wittenberg, who encouraged him to drop law and study medicine and botany. Clusius certainly could not ignore the advice of Melanchthon, the intellectual leader of the Reformation and colleague of Martin Luther (1483–1546).

By 1551, Clusius was at the University of Montpellier in the south of France, one of the oldest universities in Europe, working with the famous naturalist Guillaume Rondelet (1507–66). Rondelet was in the midst of writing his magnum opus on marine life (Libri de piscibus marinis in quibus verae piscium effigies expressae sunt, published in Lyons in 1554), but he inspired Clusius with his botanical passions.

No doubt Rondelet encouraged Clusius to hone his linguistic abilities, for the latter soon mastered eight languages. Clusius demonstrated both his translation and botanical skills with the release in 1557 of a French translation of Rembert Dodoens's (1517–85) botanical encyclopedia, Histoire des plantes (a copy of this work can be found in the Chicago Botanic Garden's Lenhardt Library). A translation of Dodoens's Cruydt-Boeck (the Lenhardt Library has an edition of this work published in 1618), this feat must have brought Clusius to the attention of many naturalists and others interested in scientific discoveries.

One individual who seems to have noticed Clusius was the wealthiest person in Europe at the time, Anton Fugger (1493–1560). Anton was the nephew of Jakob Fugger (1459–1525); Anton took over the family business with 2,032,625 guilders on hand, or $300,015,450 in modern terms. Both the Holy Roman Emperor and the Pope were economically tied to the Fugger fortune. Indeed, Jakob had helped Charles V (1500–58) become the Holy Roman Emperor with a loan of 543,000 florins (or $80,146,800). That loan led the Fugger family to pick up concessions to mining interests in Europe, including the richest mercury deposits in the world, in Almadén, Spain.

It was Spain's Golden Age; politically and economically, it was the most important country in Europe. Charles de l'Escluse, or Clusius—thanks to hard work, intelligence, and networking—was discovered by Anton Fugger and was hired as a tutor for Anton's fourth son, Jacob (1542–98). Clusius was sent on an expedition to Spain with Jacob in the 1560s to acquaint the young Fugger with the family business in the Iberian peninsula. It also provided Clusius with opportunities to sample many New World plants being brought back across the Atlantic on silver-and-gold-laden vessels.

The Fugger mercury mines were important to the retrieval of New World precious metals, glittering ballast on many a Spanish nao, caravel, or galleon. Mercury was used to create an amalgamation with ore, removing waste minerals and concentrating gold and silver. With Fugger's mercury, Spain harvested easily the natural riches from mines in the Americas.

What was Clusius doing in Spain with Anton Fugger's son? With Clusius's ability to converse and read in a number of languages, he helped Fugger negotiate with a variety of current and potential clients. Clusius was well connected with plant collectors and botanists-cum-physicians in Europe. In spite of income from mining and banking, the Fugger clan may have seen Clusius as a scout looking for significant exotic plants that might have future economic importance. 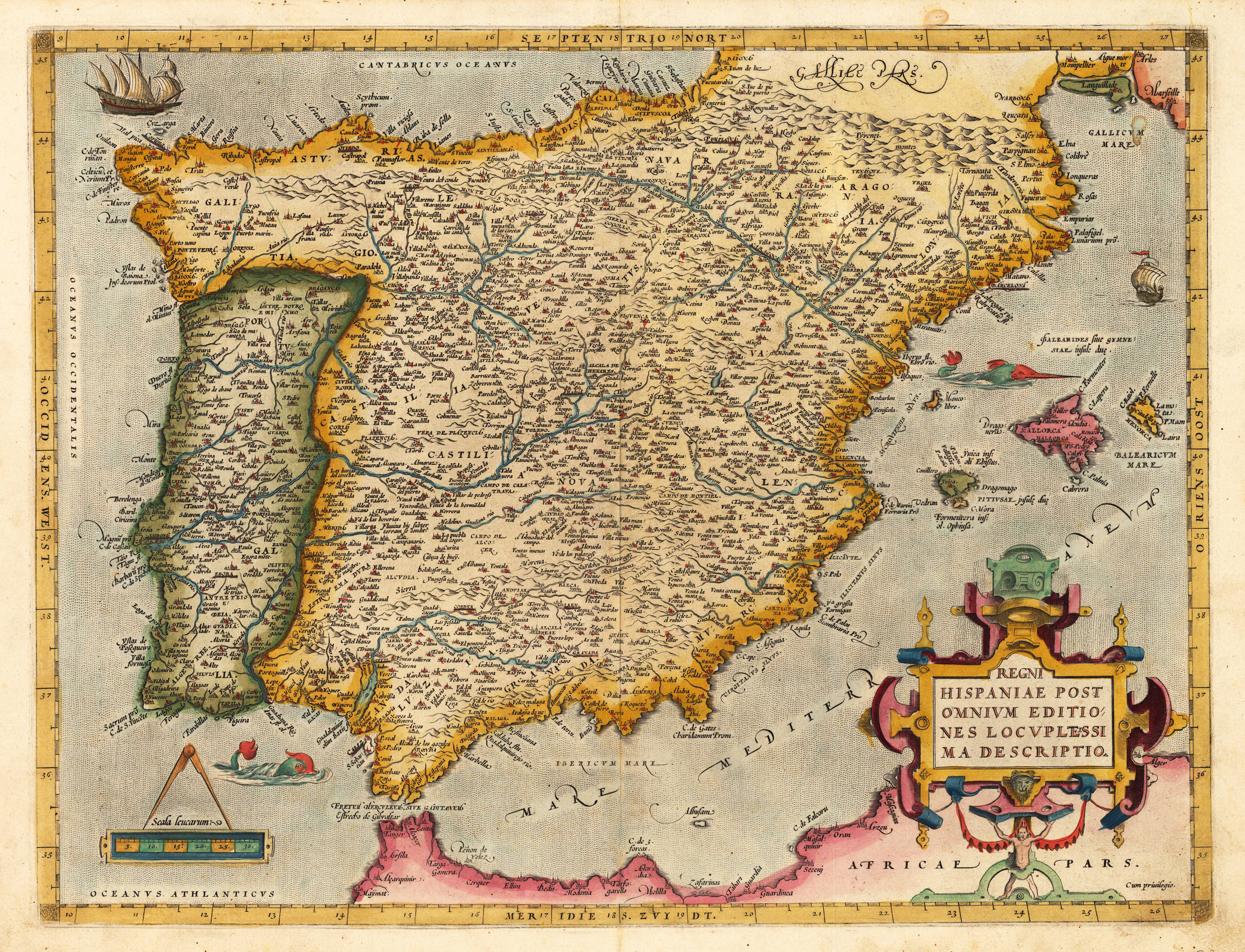 Figure 2 (click on image for larger view): Ortelius's map of the Iberian peninsula

Clusius was not only a tutor, but an intelligent agent in service to the Fuggers. We can only assume that Clusius and young Fugger were collecting all sorts of information on their trip to the Iberian peninsula. For example, Clusius carefully recorded many geographic details. These cartographic notes were so accurate that Abraham Ortelius (1527–98), a noted Antwerp cartographer, used Clusius's data to create a six-sheet map of Spain. This map was eventually included in Ortelius's incredible atlas Theatrum orbis terrarium, published in 1570 (see Figure 2). King Philip II of Spain (1527–98) was so impressed that he eventually appointed Ortelius as royal geographer.

Clusius was collecting exotic plants from the New World on his trip with Anton Fugger's son, besides securing economically valuable tidbits. Clusius spotted the potato in Spain, including varieties fresh from the Andes and the Caribbean. There were two kinds of potatoes in Spain, known then as batata (which we know today as Ipomoea batatas or the sweet potato) and patata (Solanum tuberosum or potato). Clusius took samples of both of these potatoes. He illustrated batatas in his Rariorum aliquot stirpium per Hispanias obseruatarum, published by Christopher Plantin in Antwerp in 1476 (see Figure 3). 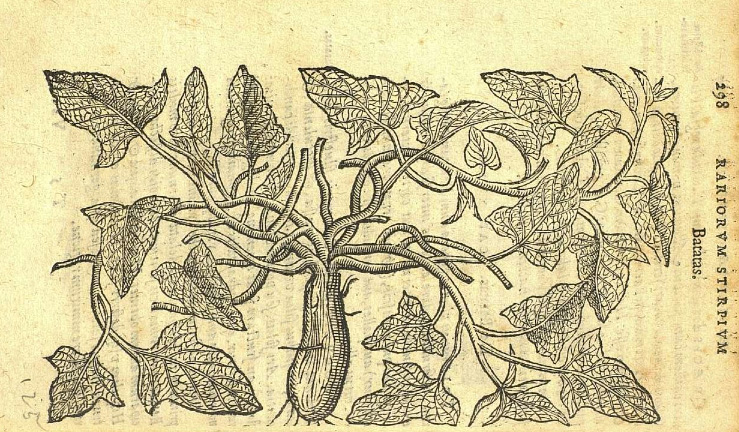 Figure 3 (click on image for larger view): Clusius's illustration of potatoes from his Rariorum aliquot stirpium per Hispanias obseruatarum, published by Christopher Plantin in Antwerp in 1576.

Maximilian II (1527–76), the Holy Roman Emperor, obviously recognized the value of Clusius—his encyclopedic knowledge, excellent connections with scientific colleagues across Europe, grasp of multiple languages, and discretion as an intelligent agent for the richest family in Europe, the Fuggers. Maximilian invited Clusius to Vienna to manage the imperial gardens. In this position, Clusius could travel and collect plants for use in the Emperor's plots, and solicit Maximilian's ambassadors to send along new plants from diplomatic posts. Maximilian's political connections over a wide geographic area trumped Fugger's economic power in Clusius's imagination. Clusius came to Vienna with the potato, accelerating its distribution in central and eastern Europe and leading to its eventual integration into the diets of millions.

Alas, Clusius's personal Golden Age in Vienna did not last long. With Maximilian's death in 1576, Rudolf II (1552–1612) succeeded his father as Holy Roman Emperor. For a variety of reasons, Rudolf and Clusius did not agree on a number of matters. Rudolf ordered the destruction of the royal Viennese gardens, establishing a new garden in Prague built without the assistance of Clusius. Not surprisingly, Clusius left the service of the Holy Roman Emperor in 1577.

One would think that Clusius, 51 years old in 1577, might have considered a modest retirement to his own garden and home, writing his memoirs about serving the two most important individuals in sixteenth-century Europe. He might have described in those memoirs his appetite for exotic vegetation, and his delight in seeing the potato become an overnight staple in European kitchens. Instead, his life took several exciting turns. I'll provide some of the details of the last few decades of Clusius's life in next month's column.