Sammelband, or the Renaissance publisher's lagniappe: The significance of Johannes Soter's bonus volume 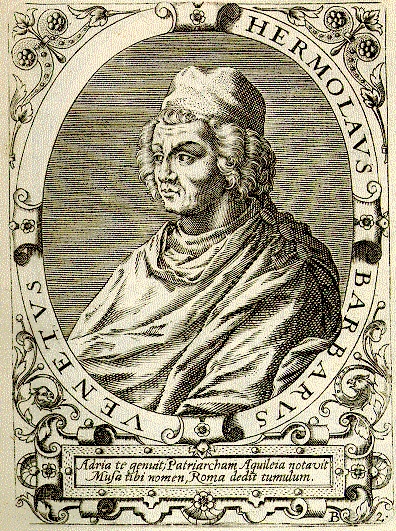 On occasion, the Rare Book Collection in the Lenhardt Library contains works that include several different printed books bound together in a single volume. I often regard these sammelband, as they are sometimes called, as publishers' lagniappes. Some Renaissance printers, to encourage a potential customer to buy a specific work, might throw in that fabled thirteenth bagel or donut, to make a baker's dozen. These publishers, in an effort to better compete with their rivals, might include an extra printed book, such as a commentary or collection of essays, to win favor from a bibliophile or scholar as well as earn their loyalty.

One of the most popular authors in the Renaissance was a Greek physician, Dioscorides (c. 40–90), who served as a medical advisor for the Roman army at the time of Nero (37–68). Dioscorides's De Medica Materia was required reading for physicians and many scientists for centuries. Even though Dioscorides wrote his reference work a millennium and a half before it became a bestseller, many accepted his botanical recommendations without question. After all, the term "botany" owes its origin to Dioscorides, in his use of the Greek word, βοτàνη. Tens of thousands of copies of De Medica Materia were printed with commentaries, revisions, and updates, and the most notable versions were appended with additions by the Italian physician Pietro Andrea Matthioli (1501–77). One testament to the versatility and longevity of Dioscorides is the survival of his work to this day. The Lenhardt Library counts seven copies of Dioscorides's magnum opus that were printed before 1600 in its collection.

In spite of Dioscorides's popularity, there were many who examined his medical recommendations critically, such as William Turner (d. 1568) in England. Turner was practical; he knew that many of the plants noted by Dioscorides were found only in the Mediterranean region, never venturing into the cooler climes of northern Europe. As a result, there were incidents of misidentification in England, where individuals picked the wrong plant as a pharmaceutical agent, with disastrous consequences. Turner's Herbal (1568) was a direct response to the misuse of Dioscorides's centuries-old Roman advice. As a result, Turner invented one of the first floras of England. Turner encouraged his readers to look for local, not exotic, plants for medical remedies.

On the continent, interpretations of Dioscorides took several routes. Paracelsus (1493–1541) argued that the notion of signatures, promoted by Renaissance followers of Dioscorides and Galen (129–200) was simply unscientific, where the shape of a given plant was a clue to its therapeutic effects. According to Gordon Campbell's Oxford Dictionary of the Renaissance, Paracelsus "eschewed herbal medicine in favour of chemical drugs, including mercury, sulphur, and iron." Paracelsus was so incensed with Roman and Greek medical advice that he dramatically burned books with ancient remedies at the University of Basel on June 24, 1527, much to the chagrin of university bureaucrats and delight of students. This Luther-like stunt eventually ended Paracelsus's career as a popular but radical lecturer at the University.

There were many who agreed at some level with Turner and Paracelsus. They questioned the utility of Dioscorides, Galen, Avicenna (980–1037), and others, those ancient scholars who fueled an interest in science, medicine, and natural history in Renaissance Europe. Some tempered their criticism by a purely scholarly approach to the extant texts that had survived into the Renaissance. In the Library's sammelband, we find a textual commentary on Dioscorides combined with an important edition of Dioscorides's herbal.

Johannes Soter was an important Renaissance publisher in Cologne, printing a large and varied catalog of works, ranging from classical reprints to religious titles to occult and scientific books. Strategically, given that the book market at the time was flooded with herbals, especially editions of Dioscorides, Soter needed to differentiate his 1529 edition from other available printings. He did that by publishing a multilingual edition, with text in Greek and Latin, using the Greek text from a 1518 edition published by the famous Aldus Manutius in Venice. This 1518 imprint was actually the second Aldine edition, which first appeared in July 1499.

Soter realized that just making another version of Dioscorides, even with Latin and Greek text, would not provide him with a competitive advantage in the Renaissance book market. In 1530, he printed a commentary on Dioscorides by Ermolao Barbaro (1453–93), and combined it with his Dioscorides to create a unique sammelband. The Garden copy contains both Soter's noteworthy edition of Dioscorides and Barbaro's assessment of Dioscorides.

Ermolao Barbaro was one of the most respected Renaissance scholars of his time, spending most of his career at the University of Padua. It is certainly one sign of his reputation that one of the most well-known Renaissance scholars, Desiderius Erasmus (1466–1536), constantly used and cited Barbaro's translations of classical works. Barbaro was not only a preferred translator but one of the most careful error spotters in classical works. He was best known for his discoveries of thousands of errors introduced in the copying of manuscripts of Pliny's Naturalis Historia, leading to the publication of Barbaro's Castigationes Pliniae in 1492. Barbaro applied his same critical eye to Dioscorides and found that Pliny (23–79) and Dioscorides shared some commonalities in the kinds of information that they presented in their works.