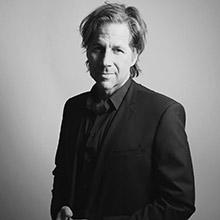 The songs of Brad Cole address the ups and downs of the human condition with both wit and raw insight. His passionate and distinctive delivery of roots-based folk music, woven with the grit and groove of old school bossa and rhythm and blues moves the listener’s soul in a direction that is unexpected, yet perfectly familiar. In the past two years, Cole has played more than 100 shows and shared the stage with artists such as Chris Stapleton, Shovels and Rope, Ingrid Michaelson, The James Hunter Six, Dave Davies of the Kinks, Dan Navarro, and Will Kimbrough, to name a few. In 2016, Cole released his fourth full-length record Lay It Down. Recorded in East Nashville, Tennessee, with producer Joe McMahan and a veteran cast of musicians, resulting in a project that is perhaps Cole’s most soulfully eclectic and cohesive work to date. In 2016, his life and music became the main subject of a short film titled Cole Soul by award-winning filmmaker Steven Weiss. Currently based in New York City, Brad Cole tours extensively both as a solo acoustic performer and with his full band.

Please Note: You are encouraged to bring your own chairs as the Garden has a limited supply available each evening.