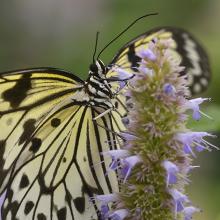 Many of our scientists and horticulturists work in the Daniel F. and Ada L. Rice Plant Conservation Science Center. Talking to our scientists, it's easy to hear about the research topics that get them excited. Former senior ecologist Jim Steffen always had lots of good spider stories.  Work this quiz with every kid you know: The (female) cross orbweaver spider, named for the cross on the top of her abdomen. 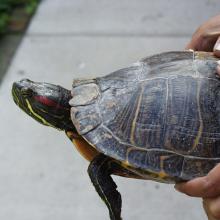 There is a Native American myth that is believed to have originated with the Onondaga tribe of the Iroquois nation of northeastern North America. It is a creation legend about how the earth (the land) was created. The legend incorporates a number of different animals including swans, pied-billed grebes, muskrats, and many others. The central character in the story is a turtle. The turtle, an island in a world of water, was chosen to carry soil and tree seedlings on its back, which eventually became the land the people lived on. So this story is about preservation and nurturing. 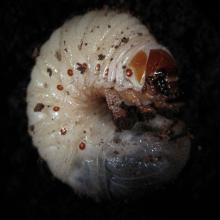 While checking the perimeter fence around McDonald Woods to see if there was any damage to the fence after a windy day, I discovered a large red oak that had lost its foothold in the frozen soil and had toppled over against a white oak. Since the tree was threatening to push the other oak over into the fence, I decided to cut the red oak down to save the white oak and the fence. 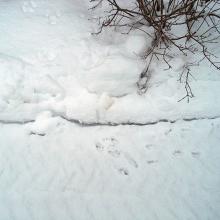 When a coyote pirouettes in the snow, you start to wonder. Where was it going? And what made it turn? After a big snow, I love looking for wildlife tracks and the stories they tell. The paw prints and other tracks in the snow are among the small wonders of winter.