My top pick for cool new plant species? The media has called it grotesque and compared to an eyeless worm. And our friends at the Royal Botanic Gardens, Kew, in London described it as “the ugliest orchid in the world.”

The not-so-pretty Gastrodia agnicellus orchid is just one of the new discoveries and developments I’ve tracked recently, as curator of the Chicago Botanic Garden’s Mildred Plant Orchidarium. As a long-time aficionado and collector of orchids, I still geek out when researchers stumble on a species unknown to science.

Here are five of my favorite recent news stories on orchids: 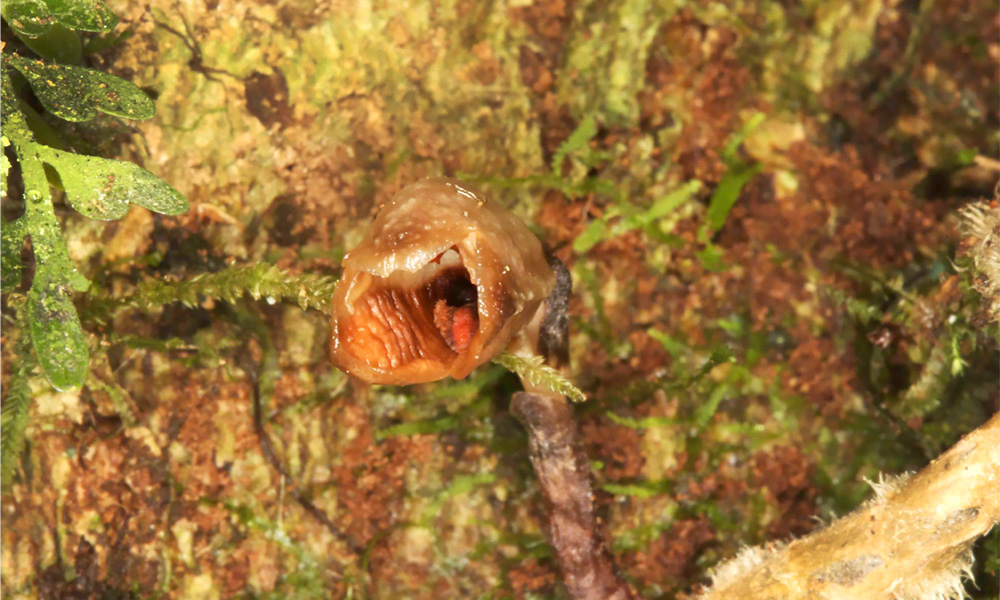 Oh, it’s not that bad
In a humid rainforest in Madagascar, Kew researchers discovered Gastrodia agnicellus, a brown orchid that spends much of its life underground (cue the wallflower jokes). The media loved that Kew called it the world’s ugliest orchid. Researcher Johan Hermans, who discovered the species, told New Scientist: “I’m sure it’s mother thinks it’s very lovely.” All joking aside, we have a lot to learn about the life cycle of this leafless orchid and the fungi it needs to survive.

The curious charm of Dracula 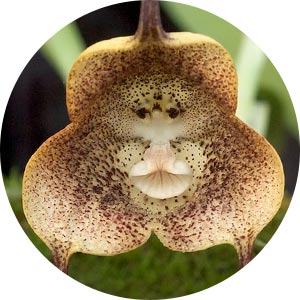 The Dracula genus, or group of related species, includes some of the oddest and most interesting orchids in the world. Among them are blooms that resemble a monkey’s face. That means, unfortunately, that Dracula orchids are often over collected or poached in the wild. So it’s great news that a new species, Dracula irmelinae, was discovered in the western Andes of Colombia. The Garden has a few Dracula orchids in the Orchidarium and will likely add more.

Rare orchid rediscovered
A Massachusetts state botanist was making his way through shrubby wetland thickets when a spot of bright orange caught his eye. In a tangle of branches, he had come across a crested fringed orchid (Platanthera cristata), which no one had seen in the state for nearly 20 years. It’s always a feel-good story to learn that a plant has been rediscovered anywhere in its range—and has not disappeared like so many others. Platanthera cristata is endangered in Illinois, found in only a few northern counties.

Graceful as a butterfly
In Laos, a gorgeous new orchid species was discovered. Paphiopedilum papilio-laticus, was dubbed papilio—Latin for butterfly—because two of its petals spread out like butterfly wings. In southeast Asia, Paphiopedilum orchids are rare or endangered in their native habitats. These singular orchids become targets of poachers as quickly as they are discovered. The Garden is collecting Paphiopedilum species, but only cultivated orchids that have often been bred for generations—and not collected in the wild.

A ghost of a chance
Last spring, we got a big surprise in the Garden’s Orchidarium—a spectacular, rare ghost orchid bloomed. It wasn’t expected to bloom for several years. The ghost orchid is exceptionally difficult to grow outside its natural environment in Florida and Cuba. The Garden is one of the few institutions in the world to cultivate Dendrophylax lindenii, known for its beauty and elusive nature. 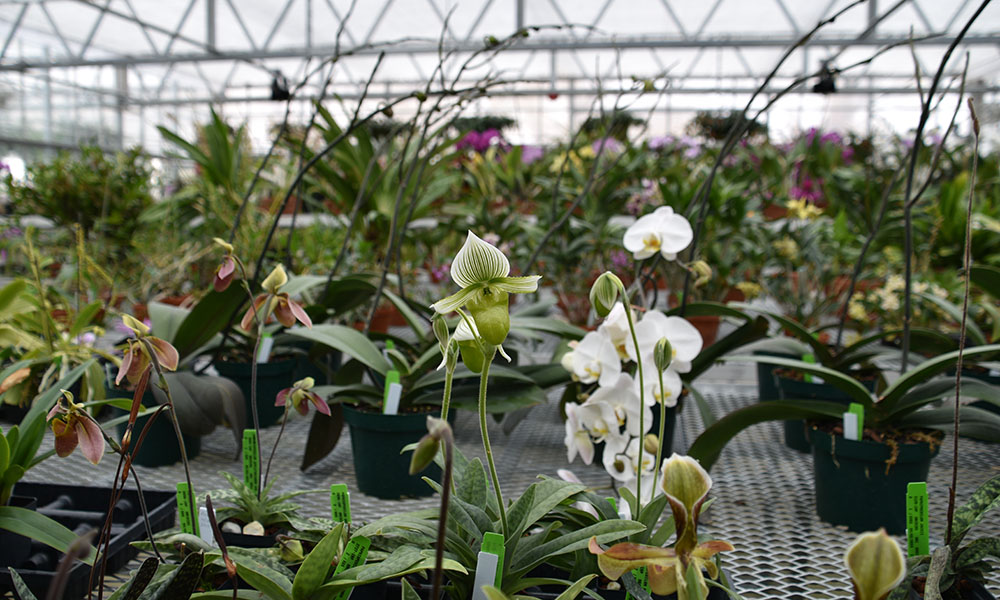 On the Garden’s south end, the Mildred Plant Orchidarium is a special place to raise and protect orchids, with mist- and fog-filled growing environments and other features. Since 2018, the Orchidarium team has acquired nearly 700 taxa, or individual types of orchids, including threatened and endangered North American native species. The Orchidarium is not open to the public, but, as the orchids mature, the Garden plans to use them in displays and for conservation initiatives to promote biodiversity. Meanwhile, watch our social media channels for news on what’s growing in the Orchidarium.

Unfortunately, the 2021 Orchid Show has been canceled, in accordance with ongoing state mitigations to slow the spread of COVID-19. All related programs—including Orchids After Hours and the Orchid Marketplace—also have been canceled. We’re disappointed that we could not bring you these winter favorites but are already planning and looking forward to the 2022 Orchid Show. 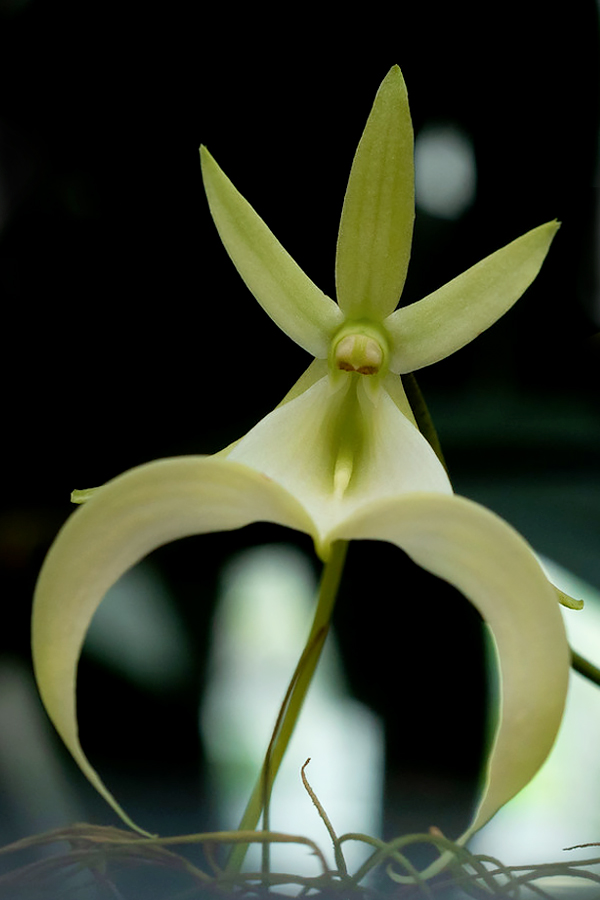