How does a college intern help advance science on pollinators of native prairie wildflowers and other plants? It starts with a summer filled with scientific observation at the Nativars Research Plot in the Bernice E. Lavin Plant Evaluation Garden. 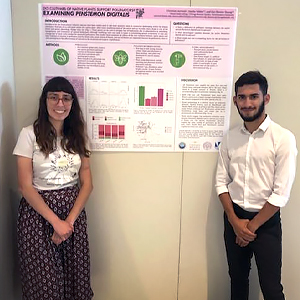 The observer was Christian Acevedo, a Garden intern from Miami Dade College through the Research Experiences for Undergraduates program. He did research for Budburst, a project by the Chicago Botanic Garden to work with community scientists and experts to better understand how plant species and ecosystems are responding to human impacts, such as climate change, on the environment.

One of the projects is on nativars, or cultivated varieties of native plants. Researchers are studying whether nativars provide the same resources for pollinators as their wild cousins. Understanding variation in pollinator attraction between natives and cultivars is critical to designing effective pollinator habitats.

Do cultivars of native plants attract as many pollinators as the straight species?

Christian focused his research on foxglove beardtongue (Penstemon digitalis), a striking prairie plant and popular ornamental that blooms in the height of the summer (June to July). He worked with mentor Imeña Valdes, a master’s degree student in the joint graduate program in plant biology and conservation through Northwestern University and the Garden.

Starting in June, Christian and Imeña logged hundreds of hours observing pollinators to assess variation in pollinator preferences between native perennials and their cultivars. Five days a week, Christian conducted pollinator observations, tallying and identifying each floral visitor in the Lavin Evaluation Garden. 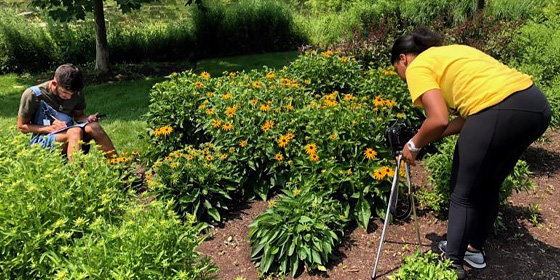 Christian found clear differences in pollinator visitation and a positive correlation with the number of open flowers. The straight species of foxglove beardtongue and the cultivar ‘Pocahontas’ received more visits and produced more flowers than ‘Blackbeard’ and ‘Husker Red’. Christian also found that the straight species and cultivars varied in the types of pollinators that visited them. The true native and the cultivar ‘Pocahontas’ received a greater proportion of visits from larger-bodied pollinators, like bumblebees and wasps. The two cultivars with smaller flowers, ‘Blackbeard’ and ‘Husker Red’, were more frequently visited by small bees and flies. 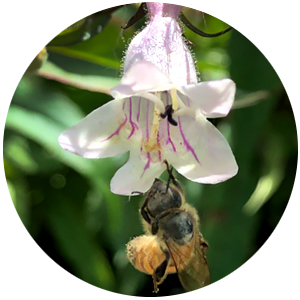 The flowers of the native foxglove beardtongue 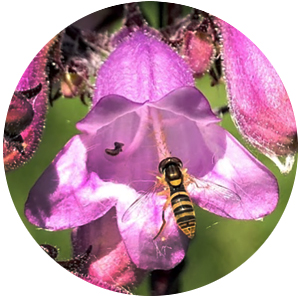 The flowers of the cultivar ‘Pocahontas’

The nativars research project is also looking at four other native plants in the Midwest and their cultivars: Eastern red columbine, black-eyed Susan, New England aster, and aromatic aster. Now that the REU internship program is over for the year, Imeña is preparing to collect data on the fall-blooming aster species.

Early results from the 2018 field season suggest that the true native received more pollinator visits than any of the cultivars examined, with more stark differences for the New England aster than for the aromatic aster. Data collected over additional years will allow for greater clarity and confidence in our conclusions.

I am so glad to know about

I am so glad to know about this important research! We humans love our cultivars, but this work seems to be showing that if we truly want to promote good habitat and forage for pollinators, we may need to stick with straight species! I look forward to reading more. 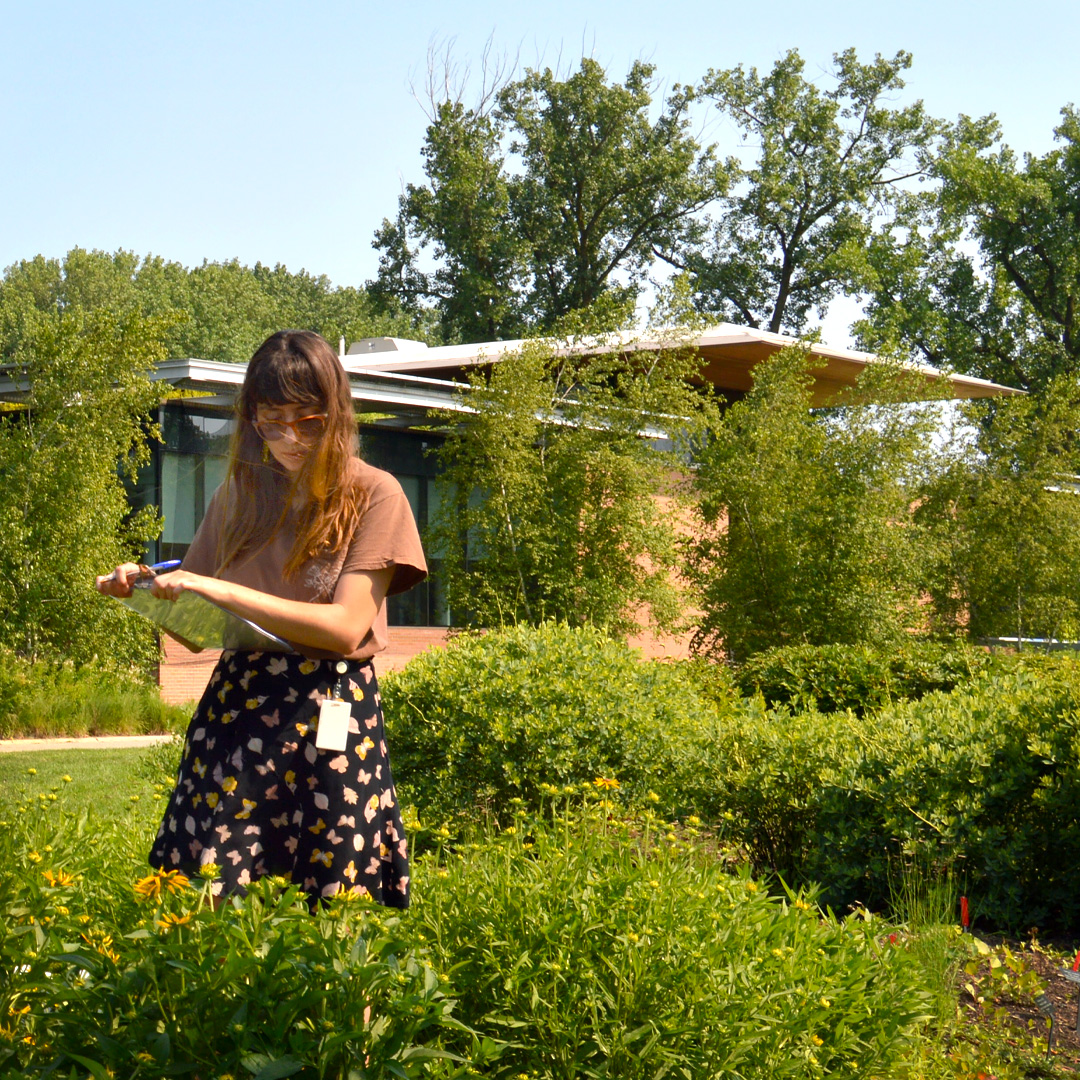 Learn more about the Budburst nativars project, and how you can help plants and the natural world. 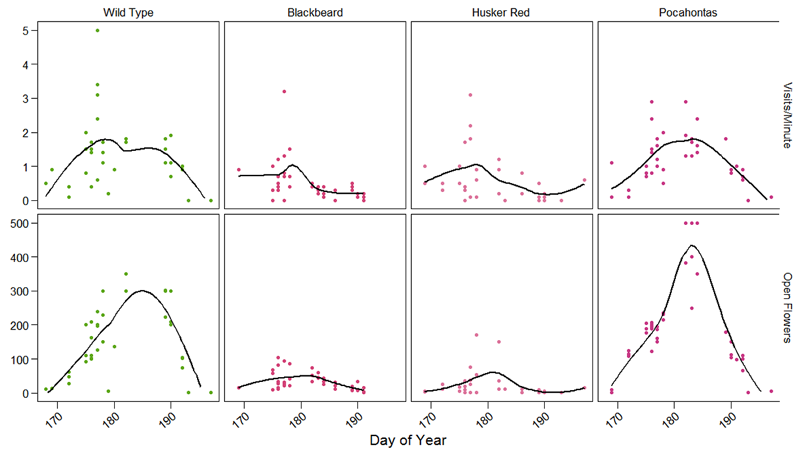