Thousands of visitors to the Orchid Show at the Chicago Botanic Garden have been delighted to see a special guest star at the Tropical Greenhouse: Alice the Amorphophallus is on display, in full and glorious fruit!

Visitors are asking: why are some of the berries on the titan arum (or corpse flower) skinny and small, while others are big and plump?

Dr. Pat Herendeen and “Titan Tim” Pollak plucked a few of each in mid-February, X-rayed them, and performed a bit of berry surgery to get the answer. 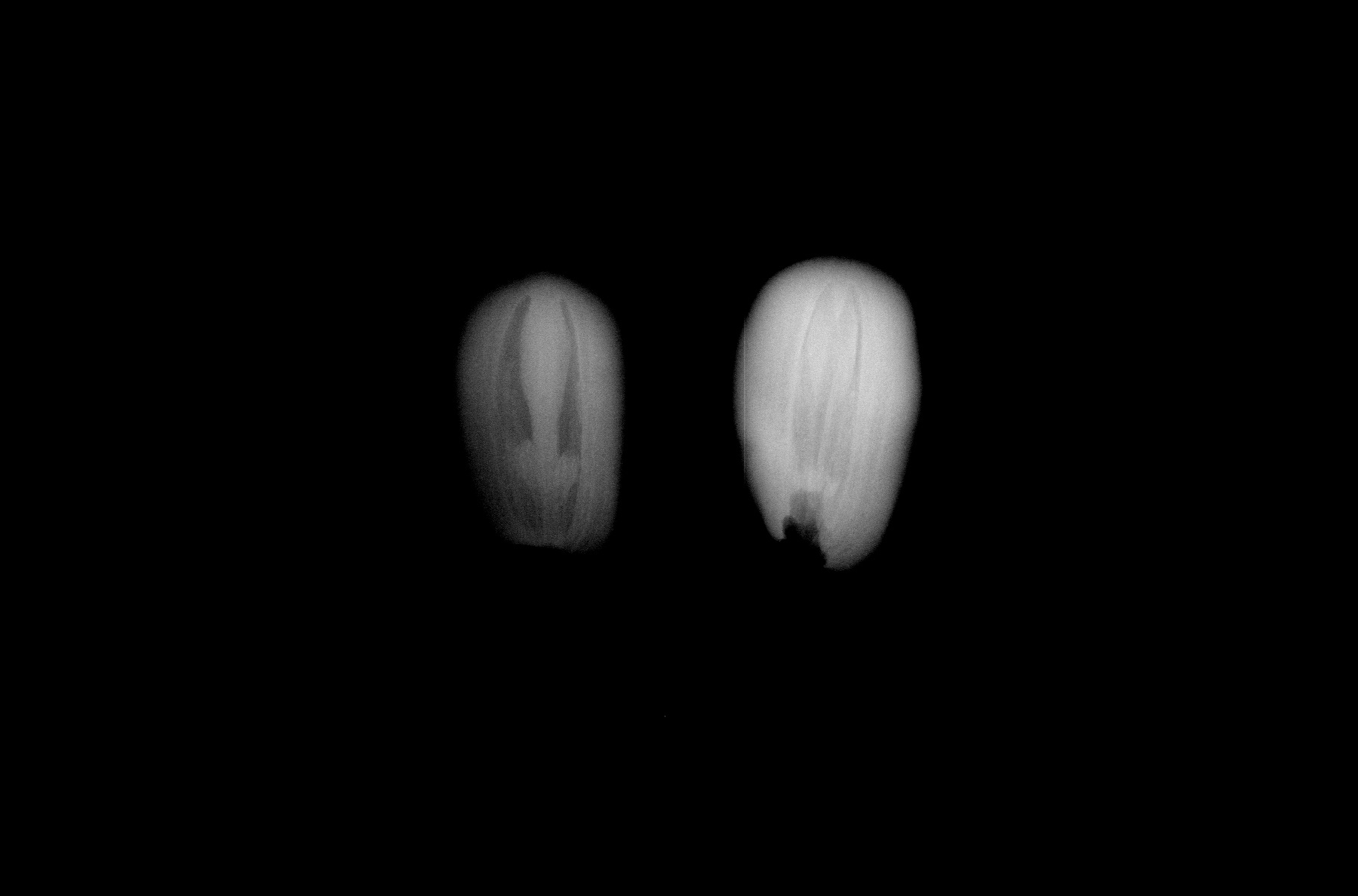 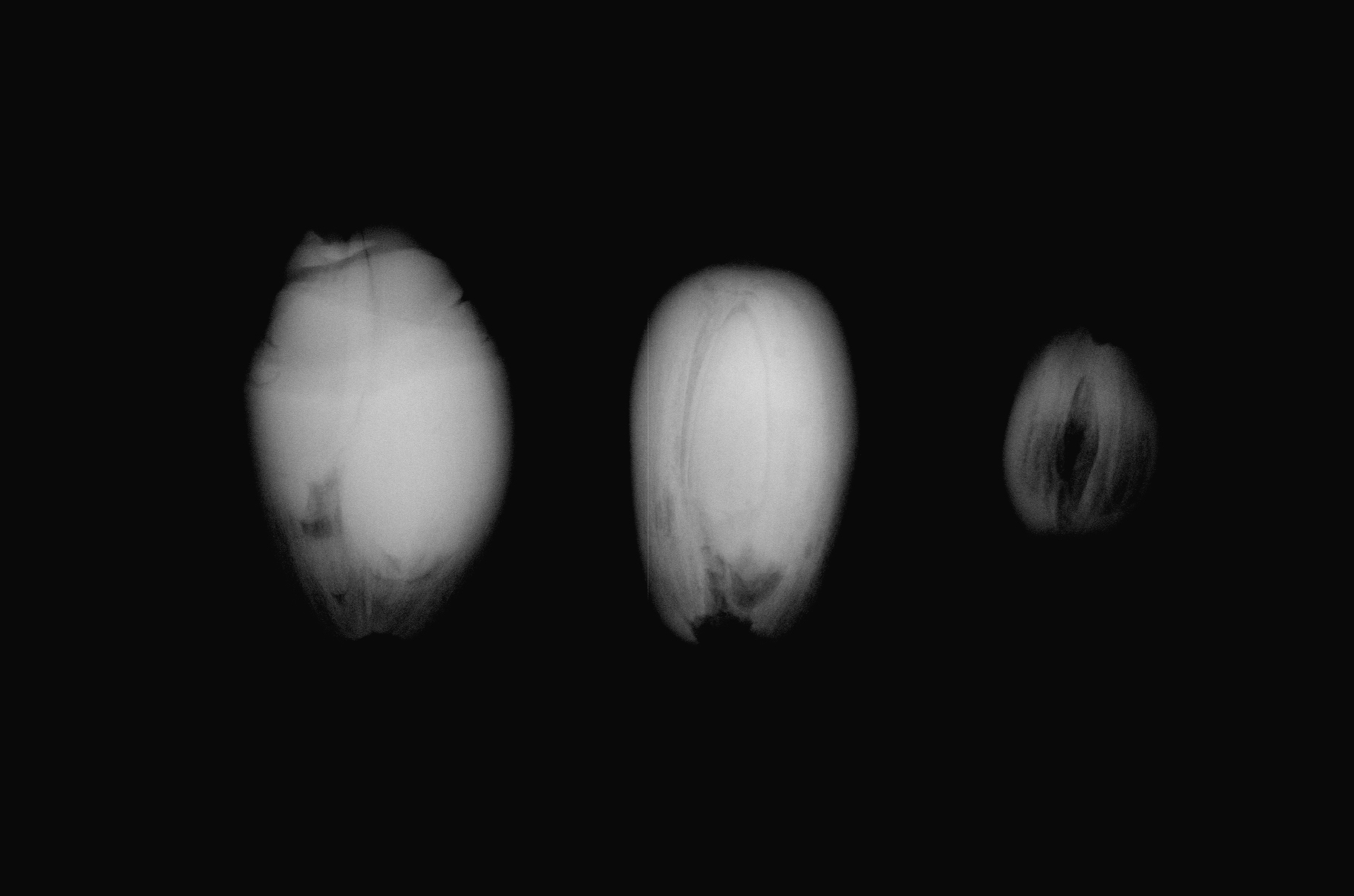 X-rays showed that seeds had developed in the larger berries—those pollinated with pollen from Stinky, the titan arum that recently bloomed at the Denver Botanic Gardens. There were no signs of seeds in the smaller berries, which were pollinated by Spike, the Garden’s first titan arum. Dissection confirmed it; the large berries are ripening, while the smaller berries are sterile.

Spike and Stinky contributed all the pollen used for Alice’s pollination last September. About one-third of Alice’s female flowers received Spike’s pollen; about two-thirds received Stinky’s—and you can see the difference visually.

Garden scientists believe that Spike and Alice, who are siblings, are too closely related genetically to create healthy seeds, while Stinky, thought to be more distantly related, provided appropriate genetic material for proper reproduction.

You can see the difference on Alice’s infructescence (fruit stalk), too: the stalk is curving. As the chubby, seed-filled fruits from Stinky’s pollen continue to ripen and enlarge, the structure is bending over the small, non-viable fruits from Spike’s pollen.

Each of the berries produced by Stinky’s pollen will make one or two seeds. It will take several more months for the fruits to ripen and turn deep red—a signal that seeds may finally be collected.

One fruit resulting from Spike’s pollen is on the left; two fruits from Stinky’s pollen are in the center and on the right. The fruit in the center has been opened and the two seeds removed. The large seed on the right, though still unripened, reveals what the final titan arum (Amorphophallus titanum) seed will look like.

What’s Next for Alice’s Seeds?

Because the titan arum’s natural habitat in Indonesia has degraded so drastically—estimates say 72 percent has been lost—scientific and academic institutions like the Chicago Botanic Garden have become safe havens in which titan arums can grow and multiply.

After Alice’s fully-ripened fruits are collected, the seeds will be extracted, cleaned, stored, and shared. Alice’s seeds will contribute to titan conservation through: 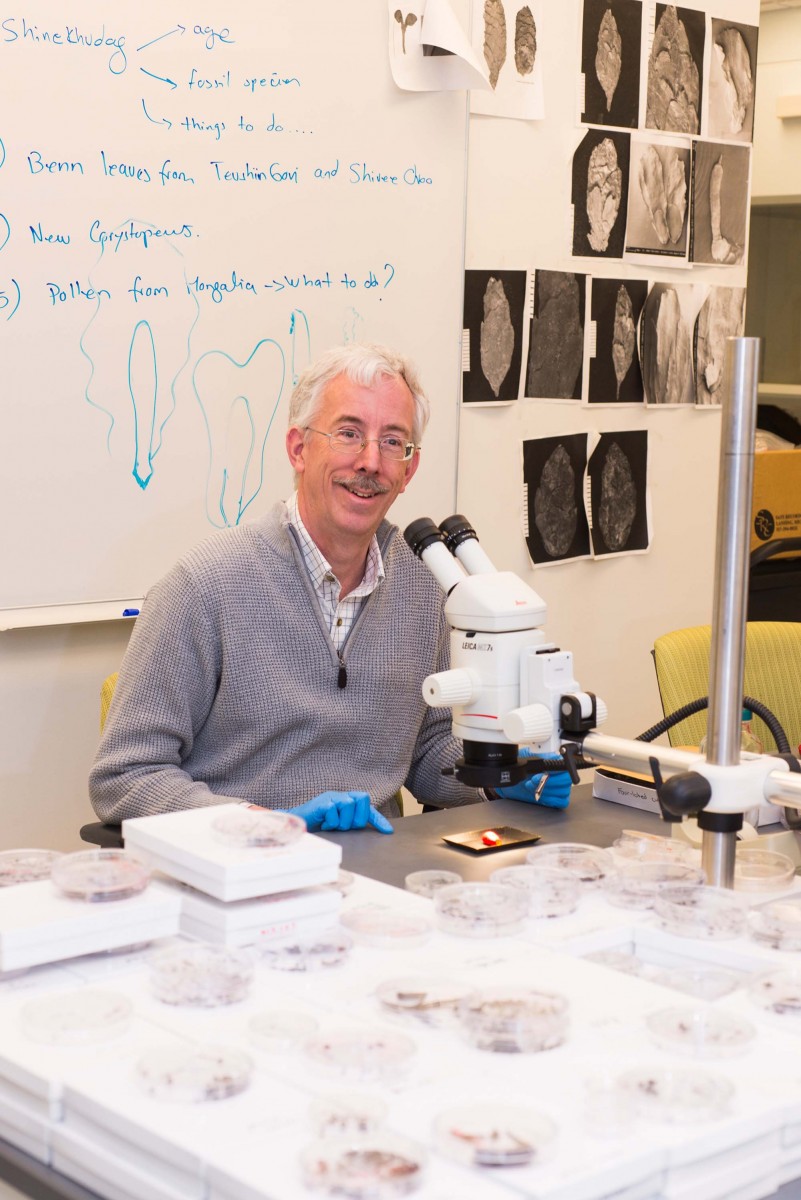